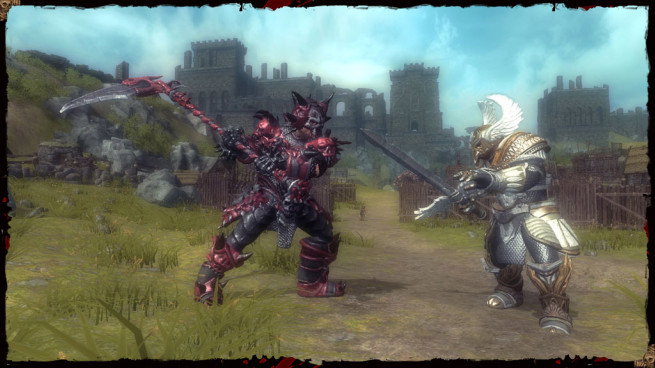 Just when you thought E3 2012 was going to be all about sequels and reboots, Microsoft Game Studios vice president Phil Spencer unveiled three brand-new games today during the Microsoft press conference.

It might be hasty to dismiss Ascend as a smaller, (presumably) cheaper action RPG knock-off, though. Signal Studios’ new title has some interesting things going for it, including Windows phone integration. The developer claims you will be able to wage war against other players through your mobile device and then transfer any power and prestige you earn to your Xbox 360 console.

The “parallel multiplayer” feature sounds like the nonstandard multiplayer found in other action RPGs such as Dark Souls and the aforementioned Dragon’s Dogma. According to Signal Studios, it will allow you to see other players adventuring in their own worlds as you advance through the game yourself. Although the title won’t feature traditional co-op, you can still impact another player’s game by sending them a blessing or a curse.

All three titles will be released sometime in 2013.