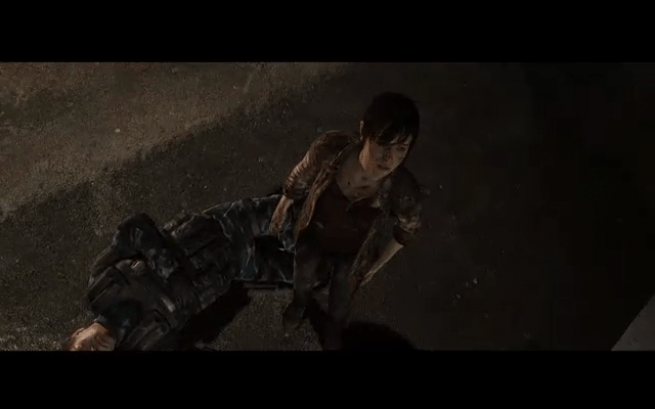 “Death is the biggest mystery of mankind,” said David Cage, founder of the game studio Quantic Dream as he announced the company’s upcoming project, Beyond. “We have our hopes, fears, and doubts, but what lies beyond?”

Beyond is the 15 year story of Jody Holmes, a girl plagued by spirits. The decisions players make will impact how her life unfolds, much like Quantic Dream’s previous game, Heavy Rain.

Quantic Dream is known for using motion capture to enhance the emotional realism in its projects, and Beyond continues this trend. Actress Ellen Page plays Jody, and from the screen shot above, she looks amazing.

The demo during Sony’s press conference began with Jody sitting in an interrogation room as a police officer tries to get her to talk.

“I found you by the side of the road in the middle of nowhere.  Was there an accident?” Jody remains silent until he leaves the room to check the missing persons list. As he goes, a coffee cup on the table in front of Jody, which had previously been shaking, flies against the wall and shatters.

When he leaves, Jody utters “They’re coming” before a SWAT team bursts in looking for her.

Jody is on the run when we meet her, and something dangerous and clearly supernatural is keeping her going. The demo ends with a series of scenes showing her escape. “Tell them to leave me the f*** alone,” she tells a downed SWAT agent. “Because next time, I’ll kill everyone.”

Something dark, and definitely outside the realm of the living, is haunting Jody.