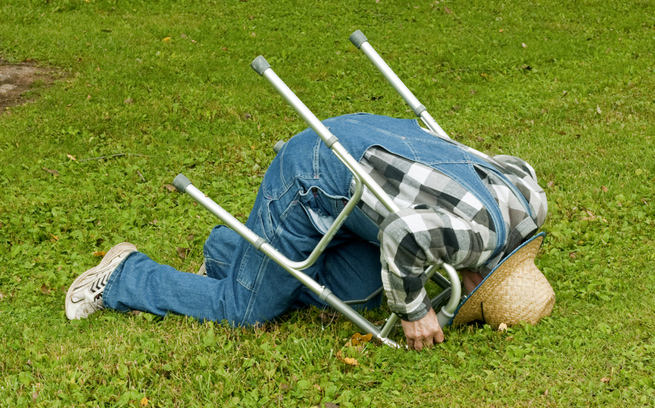 Research in Motion’s stock has fallen and it can’t get up. The BlackBerry maker’s share price on the NASDAQ exchange fell into single digits for the first time in almost a decade today.

Just last week, RIM halted trading of its shares while it released a terrible update on its financial status. The company is in the process of overhauling its products after years of stagnant software and hardware, which led it to install Thorsten Heins as the new CEO. But as the Canadian company tries to shake off dust and build a product people actually want, it is taking a serious hit in the stock market.

In mid-day trading on Monday, the company fell to below $10 a share, a level that has not been seen since December 2003. At its lowest point during the day, RIM was trading at $9.57 a share. RIM shares have fallen more than 30 percent during the past 12 months.

Take a look at RIM’s share price over the last 10 years: 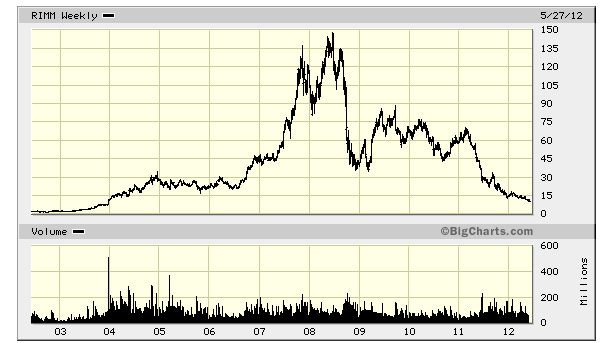