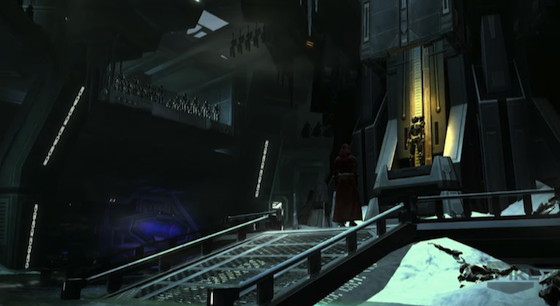 During Electronic Arts’ media briefing at the Electronic Entertainment Expo (E3), BioWare announced a handful of new features coming to Star Wars: The Old Republic, a massively-multiplayer online game based in the Star Wars universe.

BioWare co-founder Ray Muzyka took the stage to announce a handful of new features coming to the game, including the a new difficulty mode, a level cap increase, a new planet named Makeb, and a new species called Cathar. In addition, fan-favorite HK-51 will be available as companion.

“Over 1 million players logged in on day one,” said Muzyka, which made it the biggest MMO launch in history. No doubt the first month was a success, but the game has been through some rocky times since launch. They lost about 400,000 subscribers in roughly three months, and BioWare Austin, the studio behind the title, laid off staff in May.

In a move that may increase subscriber base, starting in July, SWTOR will be free-to-play until players reach level 15.