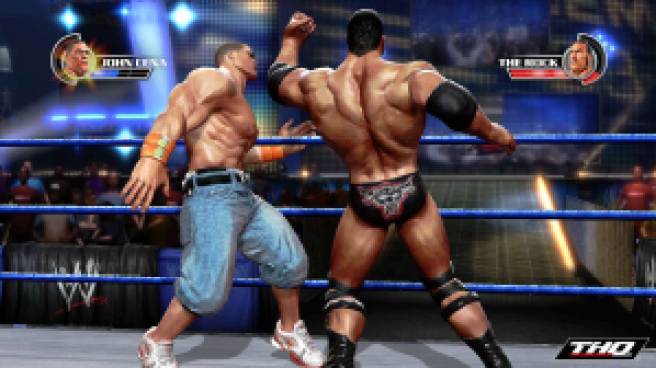 THQ is today announcing that the loss of the UFC license has resulted in layoffs at the company’s San Diego-based development house.

At its Electronic Entertainment Expo briefing in Los Angeles today, EA revealed it has secured a multi-year deal to make games based on the Ultimate Fighting Championship mixed-martial-arts league The property previously lied with THQ. In response, THQ is laying off the employees of the seemingly unrelated THQ San Diego who developed many of the WWE games.

“THQ confirms that today’s announcement regarding the UFC license transition will affect the company’s San Diego studio,” THQ vice president of communication Angela Emery told GamesBeat. “THQ is working closely with those relevant staff to either find possible employment within the company, or potentially with EA.”

Development of the WWE games moved over to Yuke’s for the latest installment in the series. Yuke’s is THQ’s Japan-based studio. The UFC games have been received more warmly by critics than the recent WWE wrestling games, which may explain why THQ decided to keep that developer intact.

We’re following up with THQ to get more details.