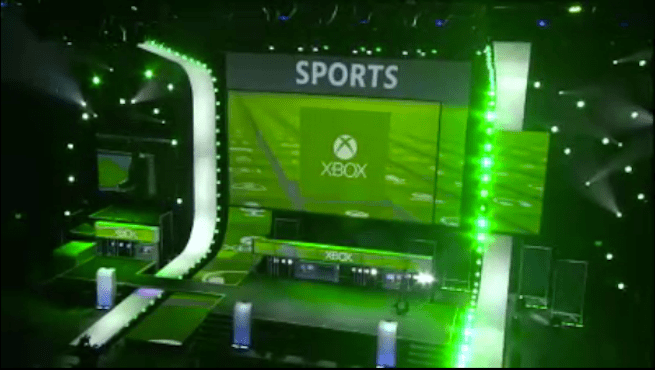 Microsoft announced a slew of new media partnerships for its Xbox Live service that are sure to give the Xbox 360 game console a nice boost among people looking to jump on the set-top box bandwagon.

Monday at the Electronic Entertainment Expo (E3) gaming industry event, the company revealed new partnerships to bring channels from Nickelodeon, Paramount movies, and Machinima to the Xbox Live platform. At this point, I’d say the more official partnerships the better, with popular YouTube gamer-centric channel Machinima being a no-brainer and Nickelodeon being an extremely smart move to lure in younger generations.

But perhaps the largest partnerships announced had to do with live sports. Soon, Xbox Live subscribers will gain access to NBA Gametime League passes and NHL Game Centers (with over 40 live games per week). Microsoft also announced new integration with WatchESPN, the live streaming counterpart to the ESPN sports cable channel.

“With the success we’ve had with WatchESPN, Xbox Live is just a logical end point,” ESPN Vice President of Games and Partnerships Raphael Poplock said in an interview with VentureBeat. The sports service provides live access to ESPN, ESPN2, ESPN3, and other programming channels as well as plenty of complimentary materials and features. With the partnership with Xbox Live now in place, the service will now be available in over 40 million homes, he said. Xbox Live customers, however, will have to wait until later this year before this feature launches.

I know plenty of people who wanted to ditch cable but were super-worried about getting their daily fix of sports from these channels. Although Xbox isn’t the first platform to offer the access, I expect quite a few cut cords in the near future.

For more breaking coverage of E3, be sure to keep checking back on VentureBeat/GamesBeat later today and tomorrow.