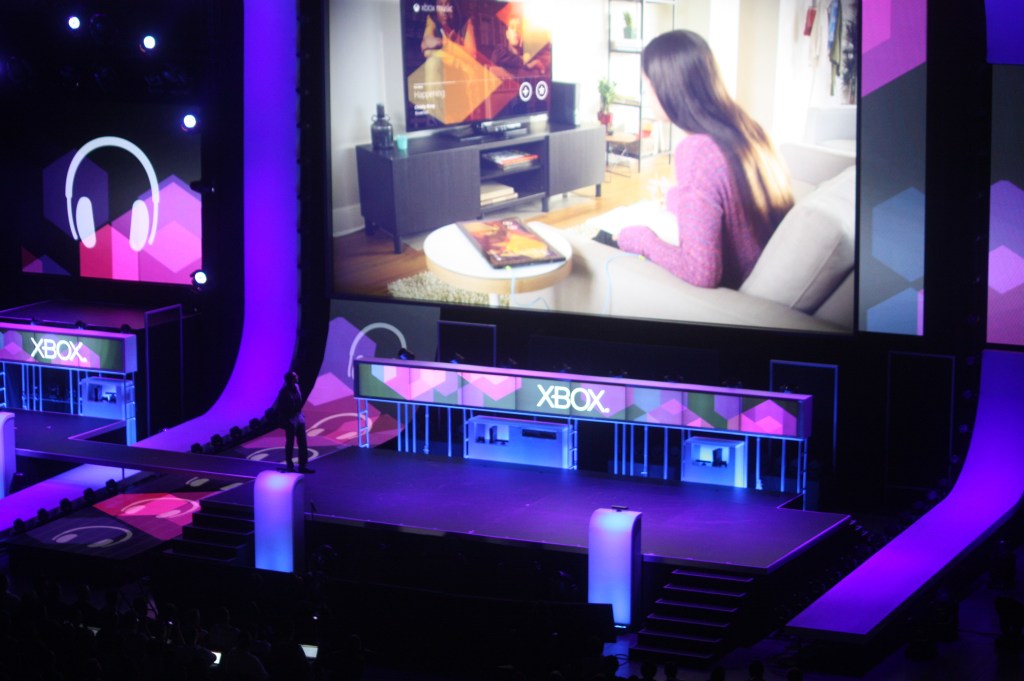 At the Microsoft press conference at the Electronic Entertainment Expo (E3) today, the company previewed a video of their new music streaming service called Xbox Music.

The service will include 30,000 tracks and will be available on XBox 360 and Windows 8, Windows phones & tablets, as well as other devices and platforms.

How it will use or connect with music offerings like Zune and Last.fm was not discussed, though, rumors point to XBox Music replacing the current Zune service and being similar to something like Spotify.

The Xbox 360 is a gaming console that continues to add more and more media features, like movies and music. It already has several media partners, including Netflix, and recently announced NHL, and ESPN.