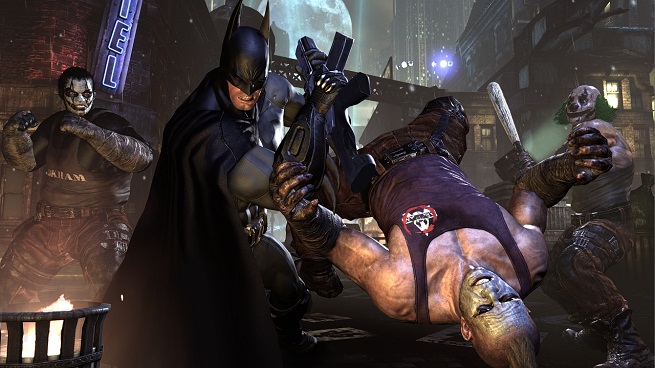 “With the Wii U GamePad, you’ll have access to Batman’s entire arsenal at the touch of the finger,” Schneider said, declaring the arrival of “the most immersive Batman experience yet.”

In a short gameplay video, a player demonstrated the new Battle Armored Tech (BAT) mode providing increasingly damaging melee attacks via carefully timed taps on the GamePad’s screen during combat. The GamePad also gives direct control over Batman’s staple problem-solving tool, the Batarang, during its deadly flight in the air.

Item selection and inventory management neatly fit within the GamePad’s screen, including Batman’s repertoire of explosive and freezing foam. Players can set off each explosion with screen taps; although, devoting too much attention to the GamePad’s smaller screen still presents an ongoing concern for the fledgling console.