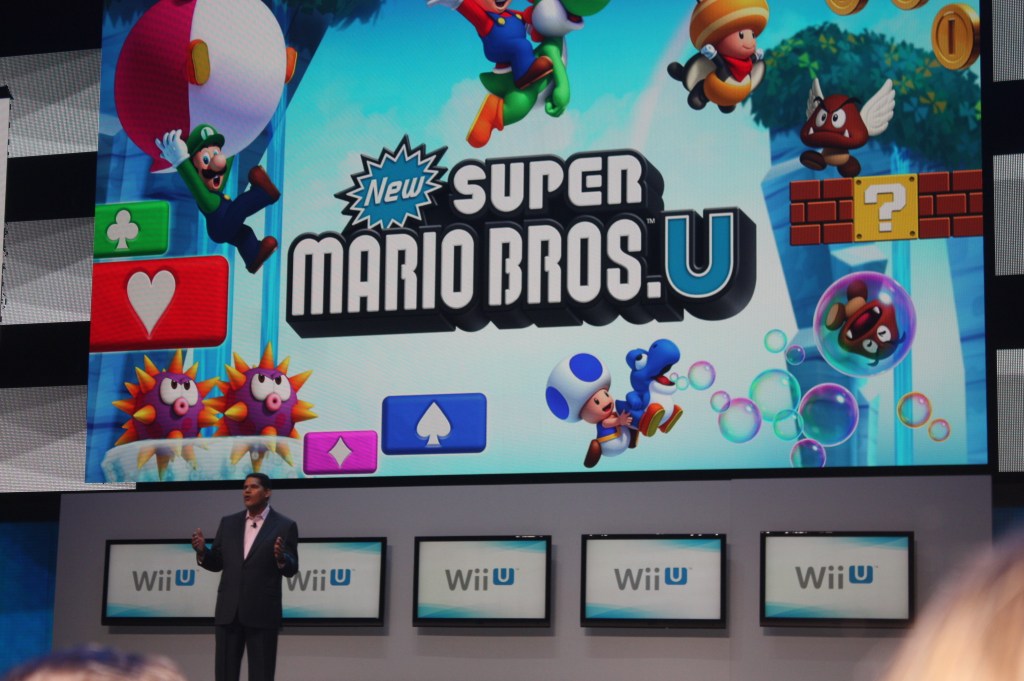 The upcoming Nintendo Wii U entry in the new-school Mario franchise with old-school gameplay, New Super Mario Bros. U, will introduce never-before-seen modes while allowing players to connect with the recently announced Miiverse service.

Nintendo of America President Reggie Fils-Aime revealed new details about the title, using it as a showcase for the Wii U’s built-in Miiverse social gaming platform.

“When Miiverse is integrated into your gameplay, new breakthroughs happen,” Fils-Aime stated on stage during his company’s 2012 Electronic Entertainment Expo (E3) press conference.

Gamers can talk about their overall progress, tricky spots in levels, and even challenge each other as they play. “In New Super Mario Bros. U, not only will you be able to see what others are saying … but you’ll also be able to connect right within the game,” Fils-Aime added.

The game itself is a side-scrolling, 2D-style platformer like its predecessors on the Nintendo DS and Wii. But with New Super Mario Bros. U, players will now enjoy Boost mode where they can team with up to four friends to conquer levels in the fastest times possible. To further enhance the cooperative nature of the mode, an additional participant can use the Wii U’s Gamepad and its touchscreen to place blocks and make things easier for colleagues running and jumping through a world.

And speaking of the Gamepad, the title will be fully transferrable for play on the controller itself — allowing for a self-contained gaming experience.