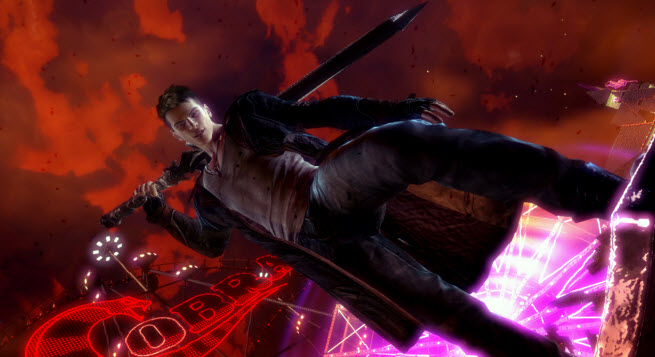 The year of remakes continues with Capcom’s upcoming DmC: Devil May Cry. We caught a hands-on preview of the game at an event for game journalists in Los Angeles, and it reminded us of those old, sweaty-palm, hack, slash, shoot, and grapple gameplay mechanics that worked so well with the original series.

In this game, you play a teenage version of the character Dante who has supernatural powers and finds himself under attack by a town that has a sentient personality. Limbo City is populated by demons of all kinds, and they’re all pretty nasty. 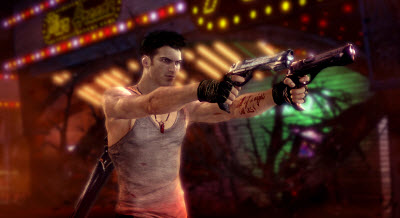 Ninja Theory is developing the game for the PlayStation 3, Xbox 360 and Microsoft Windows. It uses the Unreal Engine 3 and features a kind of bizarre, comic-book-style 3D graphics animation, at least in one of the levels that I played.

The title is an action game where Dante uses multiple kinds of attacks to deal with different enemies. He can dual-wield pistols, fight with gigantic, magical swords, and pull enemies to him with a God-of-War-style grappling hook.

In the level I played, I had to hook onto the upper levels of buildings and jump from balcony to balcony to get around the demons and traps that the town was spawning for me. The town constantly closes off avenues of escape and reforms its streets in order to trap Dante. The city is actually in a parallel universe, full of monsters and demons. But Dante figures out that he can escape detection if he can take out security cameras in the town. 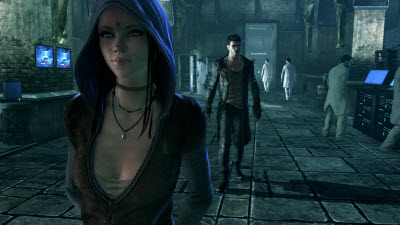 I had to use Dante’s full powers to deal with one of the ugliest bosses I had ever seen. The boss has a nasty human face and a worm-like body. It vomits green spew and attacks with big claws. When the boss vomited, I had to use the grappling hooks to jump to another platform. It was easy to fall off the platform in the middle of combat, so it took an exceedingly long time to deal with the boss using all of Dante’s weaponry.

The title will come out in January, 2013. Capcom originally showed the game off in September 2010, so it has been in development for a long time. The creative director is Ninja Theory’s Tameem Antoniades. 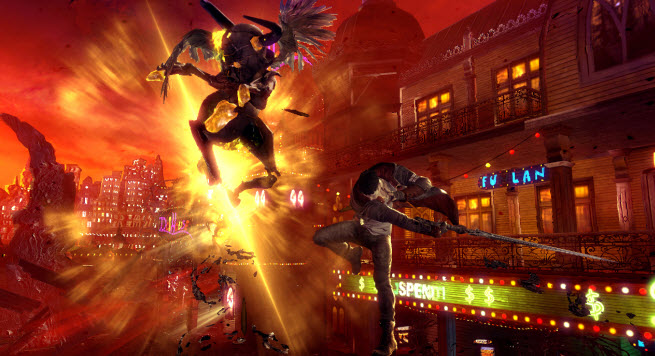