Capcom has taken the wraps off the gameplay for Resident Evil 6 at the Electronic Entertainment Expo (E3) show in Los Angeles, and from what we’ve seen, this game is going to be long and offer a lot of variety for taking out zombies, infected humans, and their kind.

This is a big game for Capcom, as the Japanese company recently said it is targeting selling 7 million copies of the game in the year after its debut. That would mean sales in the hundreds of millions of dollars.

The playable characters include Leon Kennedy, Jake Muller, and Chris Redfield. A new kind of enemy is the J’avo, which, unlike the traditional enemy zombies, are capable of interacting with each other in coordinated attacks. They can use weapons and heal themselves.

In this game, set in 2013, the American President Adam Benford decides to tell the whole truth behind the 1998 destruction of Raccoon City in the hopes of curbing bioterrorist activity. Leon is by the president’s side as a personal friend and survivor of the destruction. But the president is subject to a bioterrorist attack, starts to mutate, and Leon has to decide what to do about that. 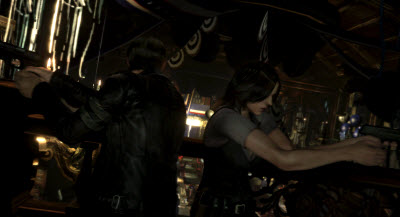 Leon escapes with his new partner, Helena Harper, as their surroundings become more and more hostile with infected humans. They have to break out of a big government compound and make their way into an ornate chapel. There, they have to shoot a path through their enemies. They come upon a father who is desperately looking for his daughter and decide to help him. Together, they follow a blood trail and find a wounded Liz. They help her escape into an elevator, but the power goes out and Liz transforms into a zombie and kills her father. In the darkened space, Leon and Helena have to take out Liz with their pistols. 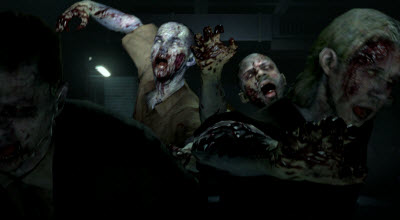 Meanwhile, in Eastern Europe, we find another playable character named Jake. He flees a bioterrorist attack and joins with Sherry Birkin. Chris Redfield is also playable in the Chinese city of Lanshiang, which is based on Hong Kong. They all have to deal with a worldwide outbreak and use heavy weapons to take on smarter opponents. 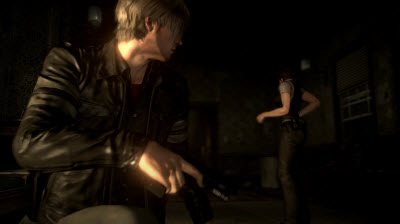 The game is the latest in a series that last included Resident Evil Operation Raccoon City and Resident Evil 5. Development on Resident Evil 6 started in 2010, and the revelations have come at a steady pace. The lead developer is Hiroyuki Kobayashi, who has said that the game is two or three times longer than Resident Evil 5, presumably because you can play multiple characters in different locations.