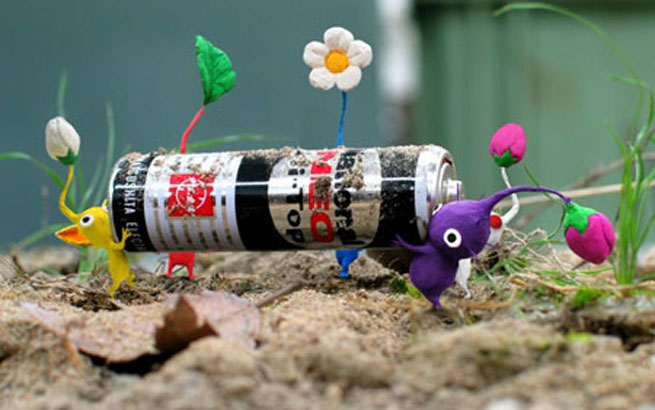 During a special livestream that took place before industry trade show Electronic Entertainment Expo (E3) opened, Nintendo president Satoru Iwata said he believes people will repeatedly think “That is certainly unique” as his company unfurls its new products and plans this week at E3. But at its E3 media briefing, they didn’t even reach very far into “original,” and the fresh blood they needed from third-party developers felt very thin indeed.

Make no mistake, Nintendo has its own content well in order. Beloved franchises came back on deck for yet another outing: New Super Mario Bros. U promises more party-platforming entertainment, and the newly announced Pikmin 3 looks nothing short of gorgeous, a grand adventure in miniature. It immediately nails the cool, shady, moist atmosphere of your backyard where, if you just looked close enough, you might just catch Captain Olimar leading scores of multicolored Pikmin into whimsical battle.

But where was everyone else?

I’m not talking about Super Smash Bros. U, which didn’t get a mention after being teased last year. No, I’m wondering where all the third-party magic went after last year’s sizzle reel promised us a dozen excited developers talking up the Wii U’s potential. And more importantly, where did that potential go?

Fair where fair’s due, Nintendo fit what it could into its 90-minute conference, and it’s entirely possible they just didn’t have room to squeeze in more than three extra companies (Warner Bros. Interactive, 5th Cell, and Ubisoft). But what they gave top priority to, while absolutely not duds in and of themselves, still felt very worrying.

For starters, the list of third-party titles in this year’s sizzle reel hasn’t changed any, save for a few subtractions and one big addition. Mass Effect 3 on a Nintendo console sounds huge…but it’s also last year’s game, available on Xbox 360 and PlayStation 3. So are Ninja Gaiden 3 and Batman: Arkham City. Only one, Tank! Tank! Tank!, is exclusive to the platform, and it just doesn’t look like a killer app.

The demo for Arkham City using the Wii U’s signature GamePad tablet controller in particular didn’t show much uniqueness. Inventory control? Steering bararangs? Detonating explosive gel? All things you can do on a 360 or PS3 controller. A new “B.A.T.” mode to put a touch more whoopass in your arsenal (merely activated from the GamePad) doesn’t really convince me to wait until I can play this game on this system. In fact, I didn’t. 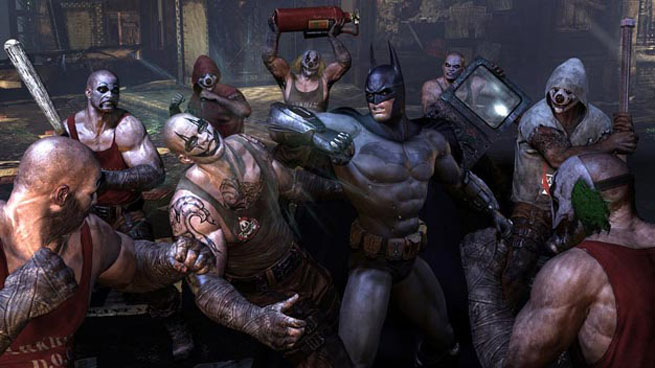 And that’s the base problem Nintendo’s facing. Unlike the Wii, which skyrocked on its novelty and crossover appeal, the Wii U will have to fly without a general sense of good will. They’re up against casual gamers willing to stand pat with the older console and core gamers who saw their Wiis gather dust between interesting first-party games. Drawing the latter back means more great games releasing far more consistently than the Wii ever managed.

More than that, to succeed, the Wii U must establish that it’s not simply a good alternative to the Xbox 360 or PlayStation 3, but that games actually play better with a GamePad in the mix. So far, I have yet to see anything that makes these games the definitive editions that are worth waiting for.

That’s where Ubisoft’s zompocalypse shooter ZombiU offers some hope. As the one real third-party exclusive, it shows the GamePad used in smart ways. It’s the primary controller, and you can look down at its touch screen for information and functions vital to your survival: It’s your radar to track enemies, it scans on-screen objects, it’s a keypad to hack doors, and yes, you also run your inventory from it. But it feels far more integrated into the core gameplay and not smashed in as an afterthought feature.

That makes it better…perhaps even unique.

Another important distinction Nintendo should start making? They haven’t jumped on the Online Pass train; Batman: Arkham Asylum: Armored Edition won’t lock the Catwoman levels with a one-time-use code that must be purchased by second-time users. That’s an advantage I can readily see becoming a major differentiator as pass-locking on-disc content becomes a standard occurrence in coming years.

And they should start doing that right now. It generally takes developers a while to truly get the hang of Nintendo’s innovative frameworks and interfaces and turn them into innovative gameplay. But with Microsoft and Sony poised to one-up Nintendo with new, more powerful consoles next year and Nintendo’s finances taking a hit in recent months, the clock might tick louder — and faster — than before.

“Unique” might save them. But not without “more” and “better.”