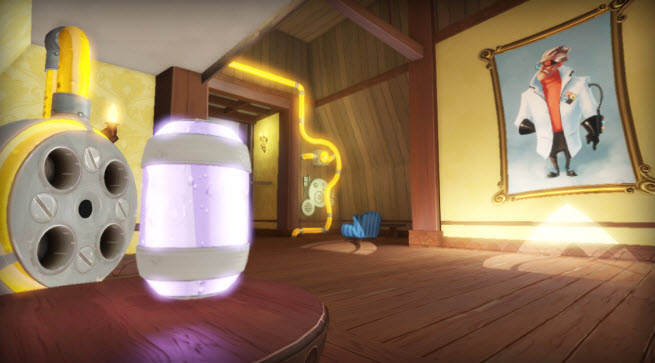 Kim Swift, the creator of Portal, wasn’t quite done making physics puzzle games when she left Valve in 2009. Fortunately, she went to work at Airtight Games to build Quantum Conundrum, which Square Enix will publish on June 21 for Valve’s Steam platform on the PC. The title delivers “dimensional shifts on demand.” 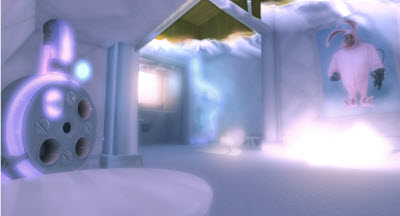 Quantum Conundrum is another take on the physics-style puzzles of Portal, only Swift has moved into a zanier, even more humorous direction. We caught up with Swift and got a hands-on preview of the game at a recent Square Enix event. The game will be shown live this week at the Electronic Entertainment Expo (E3), the industry’s largest trade show, in Los Angeles, Calif.

In the game, you play a 12-year-old boy who visits his uncle, an eccentric scientist and inventor named Professor Fitz Quadwrangle. But your uncle is missing. An explosion rocks his big house. And it seems like a lot of weird things are happening at his manor. The boy gains access to Quadwrangle’s newest invention, the Inter-Dimensional Shift Device. Goofy music and cryptic messages from the professor will keep you going. 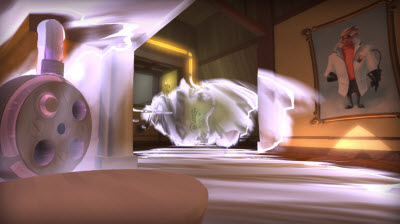 To find the uncle, the player has to use the newly found gadget to dynamically change the world to and from a bunch of different dimensions to get through all of the puzzles and traps in the manor. You have to move from one room to the next without getting into too much trouble.

If a big safe is in your way, you can shift to the Fluffy dimension, where you can pick it up and move it to a spot on the floor where its weight will trigger the opening of a door. You can switch to an Anti-Gravity dimension to float up to the top of a room, where you can exit through the door in the ceiling. Another dimension slows time to a twentieth of its ordinary speed, and still another makes things ten times heavier.

I spent some time playing the beginning of the game. At first, I had no clue how to get out of a room. But it turns out that that wasn’t a puzzle at all as I just had to go up to a door and hit a button. The puzzles start out easy at first as if they were part of a tutorial for the game. Then they get harder and harder. When you change dimensions, the room stays the same, but color and feel of the place alters. It’s just like Portal without a maniacal computer trying to kill you.

This first-person environmental puzzle game will also be available on the PlayStation Network and Xbox Live Arcade later this summer. 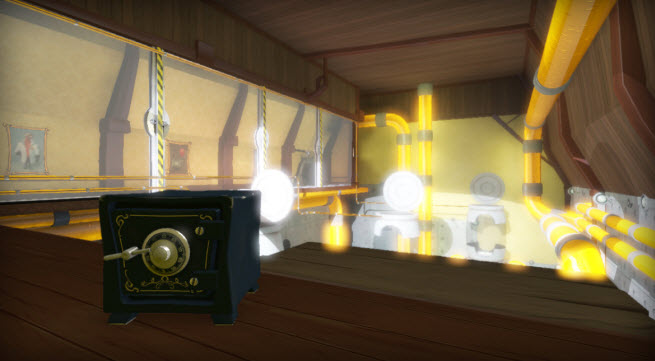