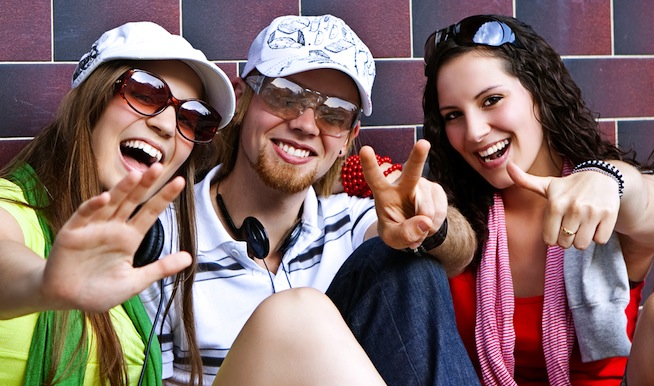 While LinkedIn has become the gold standard of resume and career-building sites, the service is too boring and bland for today’s young professionals. So says the co-founder of Identified, a social career site aimed directly at the fresh college graduates and twenty-somethings who’d secretly rather play Call of Duty than build a professional profile. Tuesday, Identified  announced a $21 million funding round.

Identified uses your Facebook data and a dash of gamification to make looking for a job and polishing your professional appearance less boring. Sign in with your Facebook account and Identified knows where you went to school, what job you hold now, and where you’ve worked before. You can then connect with your friends and other young professionals to build a network of people who want to brag about their jobs.

“In the last eight months we’ve been establishing critical mass, which we’ve done with our 10 million users, and we’ve been encouraging our users to input professional information to grow their profiles,” said Brendan Wallace, co-founder of Identified, in an interview with VentureBeat. “We’ve combined the best learnings of social products and gaming products and applied that to the professional space.”

This summer the company is launching a business-focused side, where companies can actively seek Identified users to hire. Identified job seekers can beef up their profiles to attract companies to hire them.

The problem with LinkedIn is that the people on it are much older and aren’t actively seeking employment, says Wallace. He believes that Identified can be a LinkedIn for the younger generation who get excited about earning points and badges.

VantagePoint Capital Partners and Capricorn Investment Group co-led the second round of funding for the company. Existing investors Tim Draper, Bill Draper, and Innovation Endeavors. The funds will go towards building enterprise-focused products.

Based in San Francisco, Identified was founded in 2010 and launched a beta service in September 2011. The company’s series A funding was not disclosed.

Group of teens image via Shutterstock