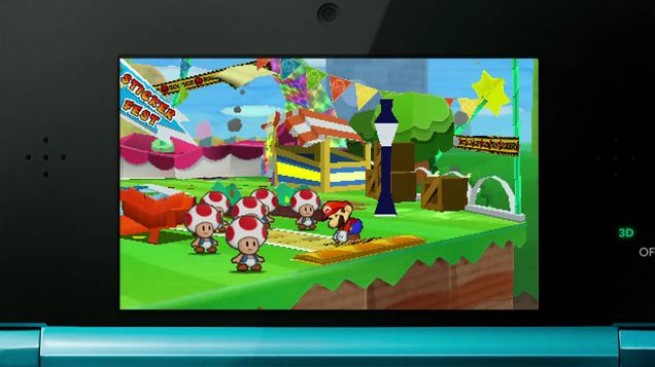 Scott Moffitt, a Nintendo executive vice president, didn’t speak at great length about any of the games, but he announced a extended look at all of the software that will broadcast from Nintendo’s E3 website on Wednesday at 6 p.m. PDT.

This handheld platformer is wholly separate from the Wii U’s New Super Mario Bros. U that Nintendo of America president Reggie Fils-Aime showed during the Wii U presentation. This version focuses on collecting gold coins. Throughout the video, Mario and his enemies were turning into gold. Powerups included a golden (surprise) Fire Flower that produces powerful fireballs, a blockhead that spits out coins while Mario wears it, and the return of the Super Mario Bros. 3 raccoon tail. 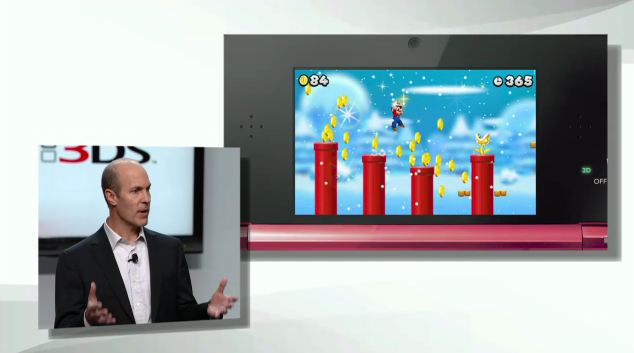 Super Mario’s role-playing game series is returning with a new strategic “sticker” mechanic. Stickers will be placed around the world. Mario can peel them off and collect them to use as battle commands. The decals appear to be limited use and include jump commands, fire power, and the hammer attack from Donkey Kong. Paper Mario will be available at retail and in Nintendo’s 3DS eShop this holiday.

Mario’s often neglected little brother, Luigi, returns to the starring role he first held in Luigi’s Mansion for the GameCube. This adventure title pits Luigi against the things that go bump in the night as he tries to solve puzzles and trap ghouls. Dark Moon will feature multiple mansions for Mario’s frightened sibling to explore and a heavier emphasis on catching ghosts with the vacuum. 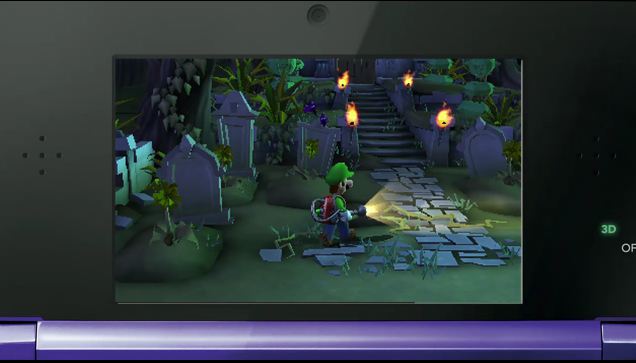 Nintendo also showed a quick montage of third-party software that will be further detailed on its webcast tomorrow.

Castlevania is a 3D-looking side-scrolling adventure set in the same world as the recent console games. Epic Mickey is also a side-scroller that channels the feel of the classic Sega Genesis titles. Scribblenauts Unlimited is the sequel to the Nintendo DS titles that allowed users to create almost anything simply by writing the word. Kingdom Hearts 3D is the return of the RPG collaboration between SquareEnix and Disney.