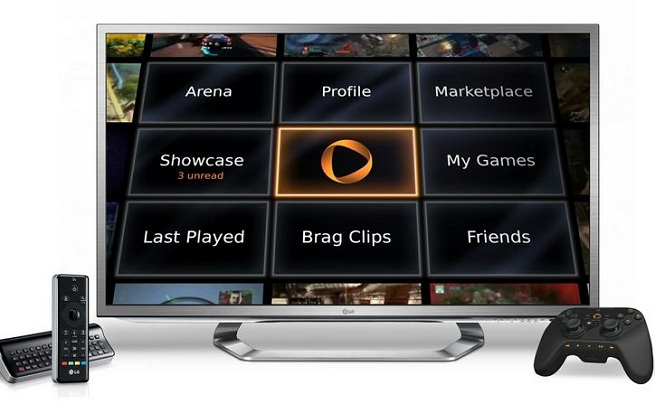 OnLive is announcing several new deals and enhancements to its cloud gaming service, where users play games that are hosted on web-connected data centers and streamed to client devices.

The first announcement that the company made at the Electronic Entertainment Expo (E3) game trade show is that their cloud-gaming service is being demonstrated on the next-generation LG smart TV with Google TV (also known as the G2 series TVs) from Korea’s LG Electronics.

OnLive, which says it has millions of subscribers, is also announcing that it has enabled in-browser cloud gaming. It has also added a feature of multiview, in-game, live spectating. And it is announcing a bunch of big titles coming soon.

The demo on the next-generation LG smart TV is interesting because it means that TV makers will be able to cut the game consoles out of the picture at some point. OnLive enables high-end titles to be played on non-console devices such as TVs alone. That means that users will be able to play hundreds of top-tier video games from more than 60 publishers on-demand.

TV owners will be able to enjoy free access to OnLive social features, such as worldwide spectating, brag clip recording (where you share your exploits in games with friends), video recording, and Facebook sharing. A number of 3D titles will be playable with LG Cinema 3D glasses. Users can demo a game for 30 minutes before deciding to buy it.

With the in-browser cloud gaming, OnLive will enable publishers and retailers the ability to offer hundreds of games with a single click for purchasing. That enables easy integration with any website, such as Facebook pages, tweets, or fan pages.

OnLive MultiView allows gamers to watch their peers play in a massive spectating arena while they are still able to voice chat and message with other players. One player will be able to watch thee other players’ game sessions while continuing to play a game. That opens new possibilities for coordinating tactics with teammates.

“OnLive continues to pioneer exciting new experiences that are instantly and easily accessible for everyone,” said Steve Perlman, OnLive founder and chief executive. “OnLive cloud technology is the future, and we are thrilled to continue to bring its unique capabilities to light to a broader audience.”

OnLive launched its cloud gaming service in 2010 with just 19 games. It had a lot of skeptics, but now it has hundreds of titles from 60 publishers. The company says it has millions of subscribers who have round-the-clock uptime.

OnLive also said its upcoming games launching on its service include: