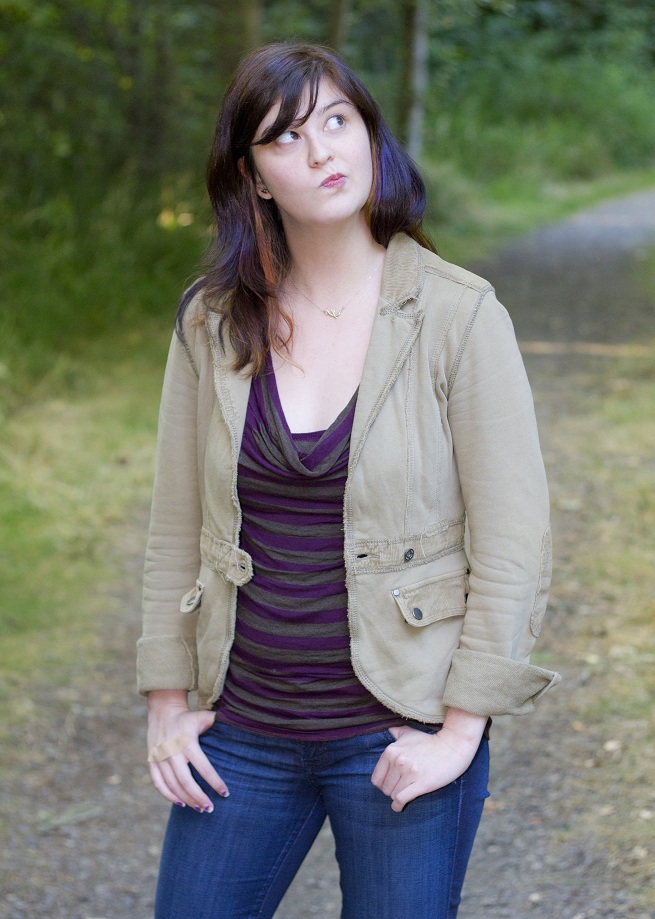 Kim Swift has built a name for herself as a creative indie game developer. She was the lead designer of Valve’s highly original Portal game. While a student at Digipen, she co-created a project dubbed Narbacular Drop, which served as the inspiration for Portal. She won Game of the Year and Innovation awards in 2007 at the Game Developers Choice awards.

Swift also worked on Left 4 Dead and Left 4 Dead 2. She left Valve in December 2009 to work for Airtight Games. There, she began work on Quantum Conundrum, a zany Portal-like physics game with a sense of humor. The game will be published this year as a downloadable title by Square Enix. We recently caught up with Swift for an interview. Here’s a transcript of our talk.

GamesBeat: So tell me about Quantum Conundrum. How did you get started on it?

Kim Swift: I started working at Airtight Games after I shipped Left 4 Dead 2 back in 2009. I pitched a couple of ideas internally with my team of people at Airtight, and they had some pitches as well. This particular gameplay concept, being able to switch between four different dimensions and use each dimension as a tool to solve these different puzzles and challenges, kind of came to the top.

It was the easiest approach of all the things that had been suggested. We were able to get something up and running within a couple of weeks — something that we could play. Granted, it was really ugly — it was super-ugly. But you could already see the emerging gameplay and how fun it would be.

GamesBeat: It almost seems like you weren’t quite done with the Portal experience in some ways? Inspired by it in some way?

Swift: I had a ton of fun working on Portal, and I loved making this type of game. Honestly, I love making games that I want to play, and I want to play more games like this.

Swift: Just this environmental style of puzzle game. I think it’s really fun. It’s a lot of fun. I like being stumped by things, and I like that mental challenge. So I guess, to me, I’m hoping more players — more people actually — make games like this. 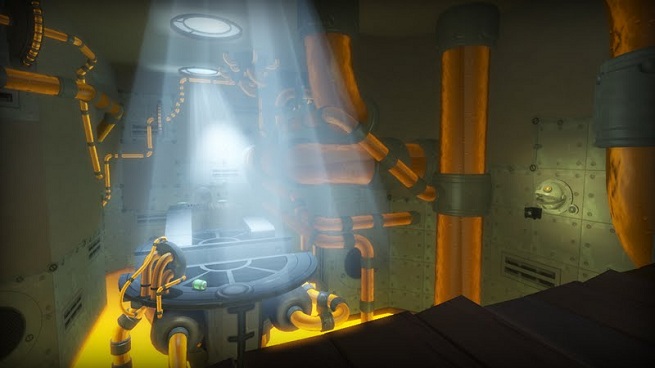 GamesBeat: So you want a hundred games like this?

Swift: Yeah, exactly! I want it to be a robust genre, like the first-person shooter industry, where I can take my pick.

GamesBeat: Quantum Conundrum is unusual. Where do you come up with something like this? How did the brainstorming lead to this mechanic?

Swift: I was walking down the street one day, and it just came to me. I don’t really have a particular inspiration for the game. I just was marinating on the thought of wanting to make another puzzle game, and the idea came to me.

GamesBeat: There’s humor in this, too.

GamesBeat: Why was that also important? Is that another thing there isn’t enough of in games?

Swift: Yeah. Well, I love humorous games. I love to laugh, and I think it’s a really great way to attract players. It’s not a super — there’s no violence, really, and there’s no sex. There’s no swearing. So it’s the one thing that players can really latch on to, the fact that the game is hilarious. There’s lots of little moments, not only in the environment but in the writing, that should make players laugh and have a good time.

GamesBeat: Does that mean there’s a story in the traditional sense of a story?

Swift: Yeah. There is a story to the game, and you will get to hear commentary from Professor Quadrangle, who is your uncle. He’s currently trapped somewhere and isn’t entirely sure what happened to him. He has a bit of amnesia. So at the same time as you’re trying to figure out what’s going on, he is too.

GamesBeat: It’s been in the works for a year. What’s been the challenge for you so far?

Swift: Doing it in under a year [laughs]. That’s a pretty big challenge, actually. We started using the Unreal 3 engine, but we started from nothing. We had the engine, but we had no art assets, and we had no characters. So starting completely from scratch and trying to make the best game we could in a limited amount of time with a small amount of people was definitely a challenge. But it was a rewarding one.

GamesBeat: It seems like you could have done something like this at Valve. Was there a big company/small company thing here for you? What made it so that you did this at a new company?

Swift: I think I just wanted to try something new for a little while. I’d been at Valve since I got out of college. I felt like I kind of grew up there, and I wanted to see what else was out in the world. One of the owners of Airtight Games is a friend of mine, and he asked if I would run a team there. It just sounded like a great opportunity.

GamesBeat: How many people has it taken to do this?

GamesBeat: This kind of downloadable-title market has become a much more viable part of the game business. It doesn’t seem like there was a market for this sort of mid-size game until recently.

Swift: Well, I think the downloadable scene in general is really, really interesting for developers because it’s low-risk. It doesn’t require as much money as a triple-A title. And it’s a great proving ground for new IPs, new concepts, new ideas — things that I think I, as a developer, find really attractive.

GamesBeat: What else is interesting to you? You want to ship this, right, but what else? Are there some unfinished tasks for you as far as making games?

Swift: You know, I just finished this one, and I haven’t really thought about what’s next just yet.

GamesBeat: Are mobile games or social games interesting to you?

Swift: Yeah. Pretty much all games are interesting to me. I’m open to everything. I just want to see what other opportunities are out there. 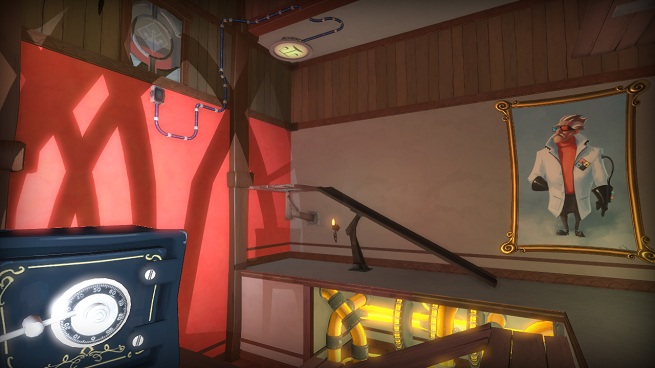