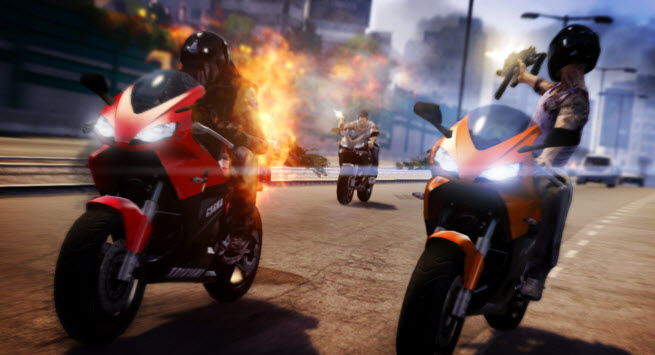 Sleeping Dogs was left for dead. Activision Blizzard decided to cancel the game, formerly known as True Crime: Hong Kong, because it was reining in its focus. But Square Enix and developer United Front Games have revived the project and plan to publish it on Aug. 14. 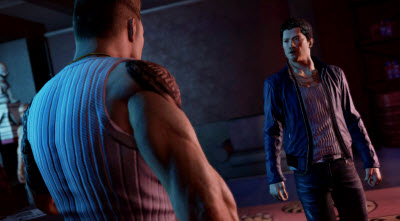 Mike Fischer, chief executive of Square Enix in the U.S., said in an interview with GamesBeat that Activision was “crazy” to drop the title because it lives up to the vision of creating a cinematic video game that is a lot like the hyper-violent John Woo movies with nonstop action. 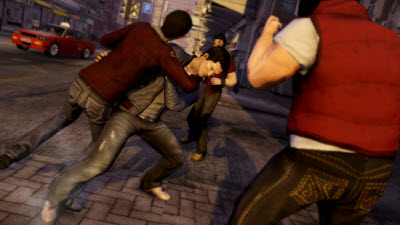 The game combines the open world of a realistically depicted Hong Kong with the cinematic action story about Wei Shen, an undercover cop who has to pretend he’s a criminal in order to take down a Hong Kong triad (crime family) from the inside. It’s like a Chinese version of Grand Theft Auto, where you can shoot anything that moves if you like. 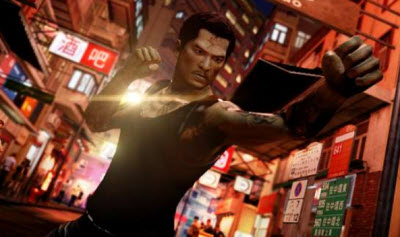 In the story, Shen has to question his own sense of ethics and self as he has to engage in crimes in order to win the respect of the Son On Yee triad’s leadership. He gets sucked all the way in,

Activision announced the game as True Crime: Hong Kong in 2009. But because of delays and cost overruns, the company canceled it in 2011. Six months later, Square Enix picked up the publishing rights and renamed it Sleeping Dogs.

In the level I played, I had to drive to the local Fight Club and learn how to take down enemies with martial artistry. You play in third-person mode, looking over the shoulder of Shen as you perform flying kicks. At first, I took on one guy, punching and kicking him until he went down. Then I had to take on two guys, then three, then four and so on. 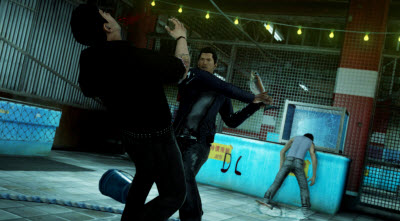 Then I hopped in a car and went driving the wrong way down a street, crashing into multiple bystanders and hitting cars. The police showed up and ran me down. My car lost its hood and had its tires shot out. Finally, I had to get out and fight the cops on foot. The shooting game works pretty well, but you can’t just stand out in the open and hope to survive.

The variety of game play is an attraction. You can ride a motorcycle and then jump onto another moving vehicle. Then you can smash the window, toss out the driver, and get behind the wheel. You can fulfill the missions or just explore. You can go into karaoke clubs, gambling dens and bet on cockfights. You can brawl all you want, but if your health sinks low enough, you’re dead. 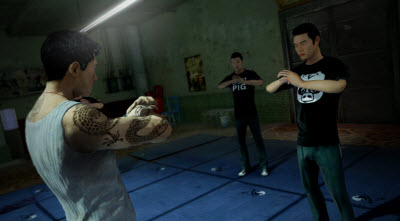 You can also get Wei Shen to date women in the game, though I didn’t have time for this. Wei Shen can buy clothing in stores, and if the duds are good, he gets more respect, or “Face XP,” points that help him rise up in the gang. Sleeping Dogs allows the player to earn different kinds of experience points: Triad XP, Face XP, and Police XP. That enables you to unlock new privileges.

“This game is just fantastic,” Fischer said. “The scale and scope of the game really encompasses all of everything you’d want to do in Hong Kong. The acting, the story, the characters are very deep. There’s clearly a lot of inspiration from [the movies] The Departed and Infernal Affairs. You play an undercover cop who starts to feel mixed loyalties. But the open world feels like Batman: Arkham City, the combat feels as good as a fighting game, the driving is as good as a Need for Speed, and the story is every bit as rich as compelling as a Mass Effect. All in one game.”

The game has no multiplayer, though it does feature online leaderboards. The game will be available on the Xbox 360, PlayStation 3 system, and the Windows PC. Check out the game’s trailer below. 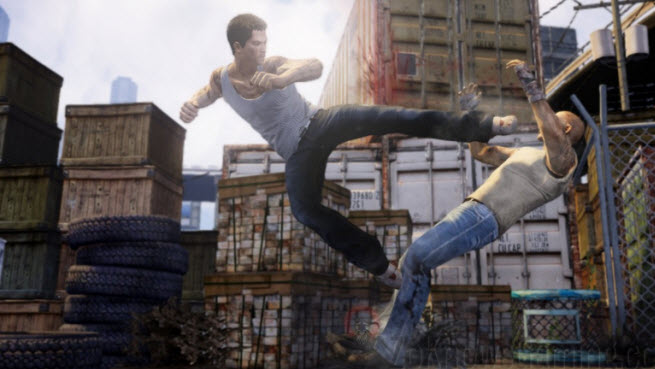