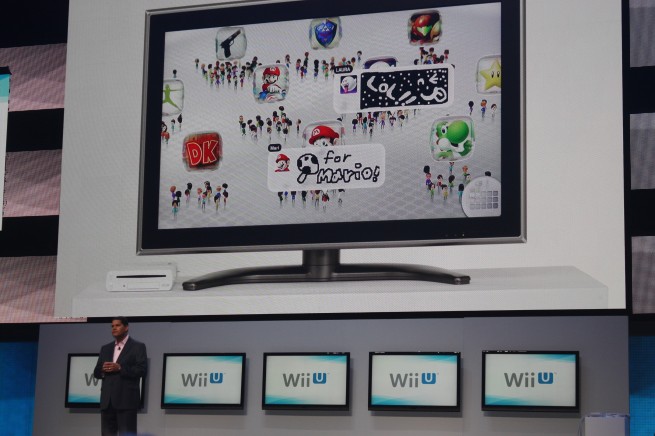 Nintendo’s next console is a bold step for the company. The Wii U embraces social networking in a way completely divergent from the clumsy friend codes on the Wii.

Miiverse uses a Twitter-like messaging interface that lets friends connect with each other through in-game notes. In a larger view, the Miiverse menu shows a sea of icons with Miis surrounding them, indicating which applications and game are popular.

In-game messaging works a lot like notes in Dark Souls. You can leave messages for other players, bragging about your accomplishments or just offering helpful tips. Satoru Iwada, president of Nintendo, said in his  Miiverse announcement video that the company is looking into a way to thwart spoilers in notes, but we’ll see how well that works.

But the biggest departure for Nintendo is expanding its social aspects outside of the Wii U. Players can access the Miiverse messaging system from mobile phones and PCs.