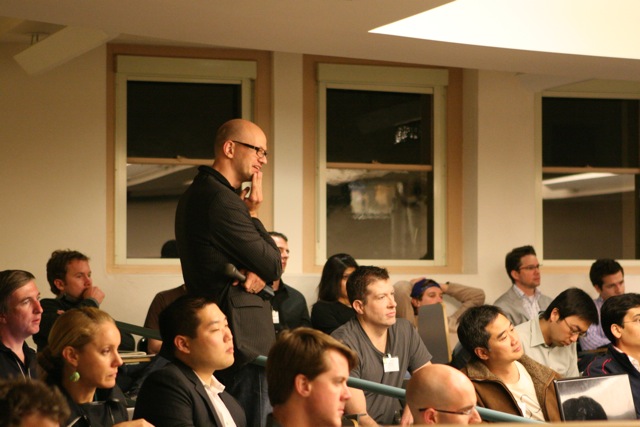 The milestone occurred almost three years to the day after the organization first started. In that time, it has helped launch companies in 26 different cities on five continents, the group says. Yours could be next (see below for how).

“The Founder Institute’s model for expansion works because, rather than trying to bring entrepreneurs from other markets to Silicon Valley, we ‘Globalize Silicon Valley’ and create sustainable, local startup ecosystems in new markets from the ground up,” Founder Institute founder Adeo Ressi wrote to us in an email announcing the milestone.

The organization works by identifying experienced founders and startup leaders, then recruiting them to run local chapters. Applicants are screened using a “Predictive Admissions Test,” which the Founders Institute says is calibrated to “identify personality traits of successful entrepreneurs.” (To give you an idea how tough the screening is, there have been 5,500 applicants for the program, so it accepts less than 10 percent of would-be participants).

The Founder Institute shares equity from graduating classes with local graduates, mentors, and local chapter directors, enabling them to help foster the next class.

Founder Institute has also built a network of 900 mentors around the world, who help out program companies and entrepreneurs. I was at a recent Founder’s Institute event in San Francisco (where I interviewed Dan Shapiro about how startups can use Mechanical Turk) and was impressed by the level of seriousness among the entrepreneurs there, both the experts onstage and the younger companies in the audience.

Among the group of 500 graduated companies are 573 individual entrepreneurs, with an average age of 34 years. Of the group, 22 percent are female. 68 percent of the companies are from the U.S., 19 percent from Europe, 9 percent Asia, and 4 percent South America.

The Institute says its companies have created about 2,000 jobs and have raised a cumulative total of $30 million in funding.

You can apply to run a chapter here. Or, you can apply to one of the three upcoming semesters accepting applications and take the Predictive Admissions Test.

To help salute the Founder Institute, VentureBeat thought it would be fun to run a little competition. Here’s how you enter: Use the comments below to tell us why your city should be the next hub of innovation. Tell us about the startup scene in your hometown, how it could be better, and where you need a little help.

We’ll pick the best comment based on eloquence and persuasiveness (we’ll add a poll if necessary to narrow down the list). We’ll offer the winning commentator an editorial here on VentureBeat to elaborate on the reasoning. And the Founder Institute’s Ressi will work to set up a chapter in your town and plan a visit if everything gets set up.