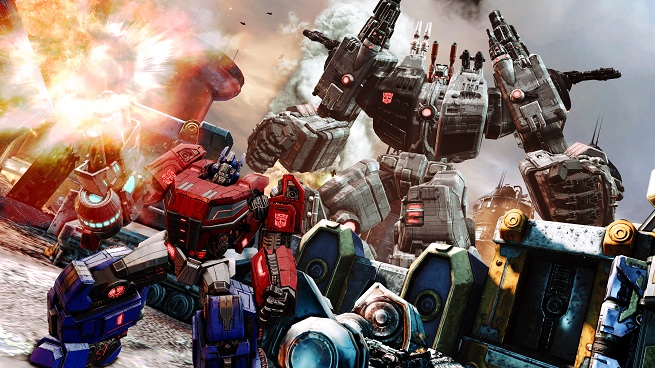 Developer High Moon Studios is determined to address many of the issues that critics had with Transformers: War for Cybertron. It wasn’t a bad game, by any means. It currently carries a 76-out-of-100 rating on Metacritic, which is pretty solid. That also means, however, that the series has room for improvement. So for the sequel, Transformers: Fall of Cybertron, the company is switching things up. 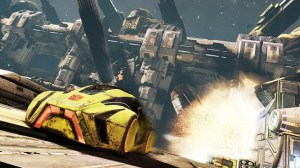 One of the most common critiques of earlier game was that the shiny, metallic levels were too visually repetitive. To counter this, High Moon Studios is adding a variety of environments to the Transformers’ home planet for FOC. Players will have to navigate a spaceship; a living, organic hive; a ruined city; and a rusted wasteland to name a few of the diverse locations on the dying Cybertron.

The developer is also tailoring these different stages to take advantage of the various Transformers and their special abilities. For instance, levels that feature Jazz, who has a grappling hook, should have plenty challenges requiring him to latch onto things. Cliffjumper, who can turn invisible, will have some stealth sections. And Optimus Prime, who can call in the city-sized Autobot, Metroplex, for artillery strikes, should have plenty of targets to blow up in his areas.

Contrast this to the previous installment, where the player could always choose one of three characters for each of the sort of generic, one-size-fits-all levels.

Another complaint that High Moon wants to address is how WFC’s single-player mode required fans to sit through two tutorials: one for the Autobots’ half of the campaign and another for the Decepticons’. Now, they can still play as both sides, and they just have to sit through one tutorial (with Bumblebee). Then they’re set for the rest of the game.

Finally, FOC won’t have all the weapons available from the beginning, like in WFC. Instead, players can track down blueprints and money and bring them to these special kiosks to unlock and upgrade their arsenals. In the demo I saw, Optimus Prime had a saw-blade gun that initially fired only one shot. After upgrading it, he was able to shoot three blades that homed in on enemies. 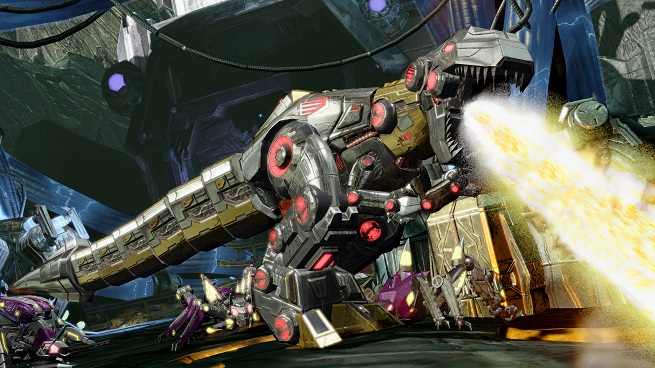 High Moon Studios is hoping that all of these improvements can create a more compelling experience for fans where they can connect with this cast of robots.  In fact, game director Matt Tieger is confident that this will be “the best Transformers game ever,” which he told me in my interview with him (see video). We’ll see if he’s right when publisher Activision releases Fall of Cybertron on August 28, 2012 for Xbox 360, PlayStation 3, and P.C.