Online game publisher Trion Worlds will publish the highly anticipated Warface free-to-play online game from Crytek. The deal is the first in which Trion makes its online game publishing platform available to an outside third-party developer. The two companies haven’t announced the deal yet, but a sign on the Trion booth at E3 makes it pretty obvious. 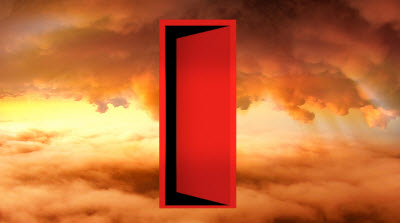 Crytek’s Warface is a military shooting game in a near-future setting. It offers high-end, cinematic visuals like a console game, and it’s powered by Crytek’s CryEngine 3 technology, which is being used in the company’s latest disk-based PC and console games. That engine enables whiz-bang graphics.

Crytek Kiev is developing the title for the PC, with Crytek Seoul and Crytek Frankfurt co-producing. The deal is the first time Redwood City, Calif.-based Trion will make its platform, dubbed Project Red Door, available to other makers of massively multiplayer online games. The platform is already hosting Trion’s Rift MMO and will also host End of Nations and Defiance.

Lars Buttler, chief executive of Trion, told us last fall that the third-party strategy is a way to make more money than the company otherwise would. Crytek is a top-notch developer that has made games such as Far Cry and Crysis.

Trion recently raised $85 million in a new round of venture funding, and it is making some of the biggest bets ever made by a startup in the game industry.

“We’re doing this because we see this massive shift in entertainment, which is transforming traditional content into connected services,” Buttler told us last fall. “The future of interactive entertainment is incredibly connected. Our job is to transform games into living worlds.”

The company has hired more than 500 employees since 2006 so that it could launch premium quality MMOs. But at the same time, it built a publishing platform that other companies can use. From a business view, the move makes sense because it allows Trion to amortize its technology investments over a much broader base of games. It also reduces Trion’s dependence on its own internally produced games.

“Our own games are just the tip of the iceberg,” Buttler said. “The true business significance of our company lies in the Trion platform.”