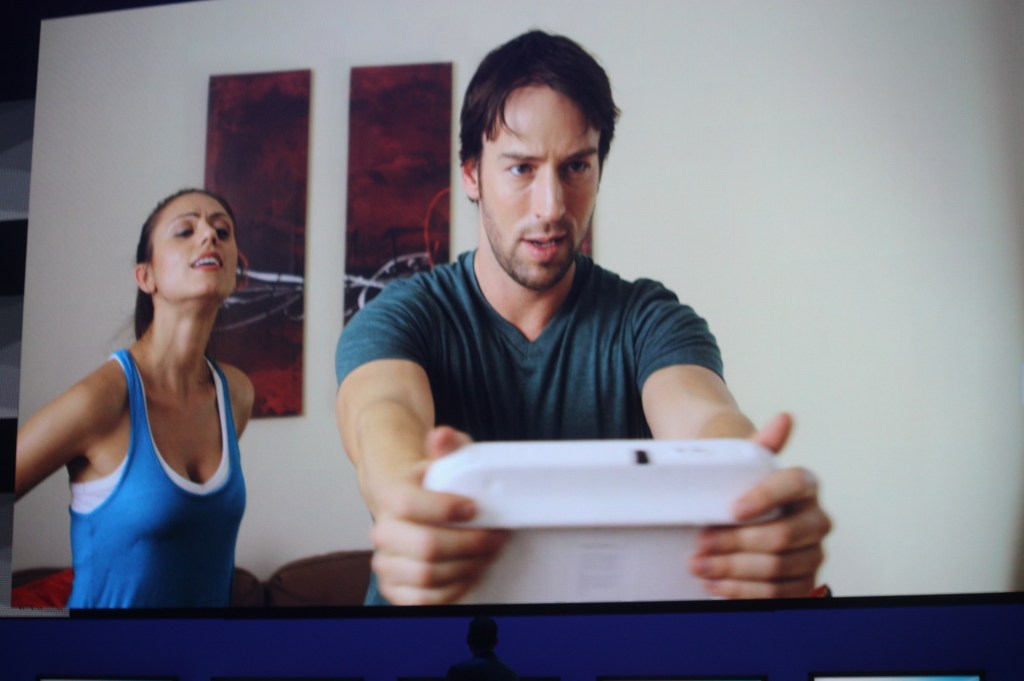 Or so says Chief Operations Officer of Nintendo America, Regi Fils-Aime. After selling 43 million copies of Wii Fit on the original Wii system, Nintendo isn’t resting on their laurels. Showing off their new gaming console, Wii U, and the revolutionary controller, the Wii U Gamepad at Electronic Entertainment Expo this morning, Nintendo treated the audience to a preview of their new title, Wii Fit U, which makes heavy use of the Wii U Game Pad as well as a new item, an keychain-sized module, called the Fit Meter

In the video announcing Wii Fit U, there was a man and a woman engaging in various Wii Fit activities, from playing motivational games and doing exercises to count calories burned. At the end of the video, the woman points her Fit Meter dongle at the Wii U Game Pad and uploads a bunch of burned calories from “the morning’s run.” This shows how Nintendo plans to keep us burning calories across all environments, using the Wii U as a hub to collect it all; gamifying exercise.

The Wii U Game Pad will also be used on its own, as a separate screen for the Wii Fit U game. When the man in the video was out-performed by the woman, he grabbed the Game Pad and did some more exercise on the small screen itself, while the woman sat and watched the Nature channel on the big screen TV. This fits right in with Nintendo’s current focus on the “revolutionary” and “disruptive” nature of the Wii U Game Pad.

Wii Fii and the Wii Balance Board helped popularize a whole movement toward combining fitness and video games. Now numerous fitness tech startups and Nike have taken this category and run with it, so it makes sense for Nintendo to try to ratchet up its efforts and expand this market further.