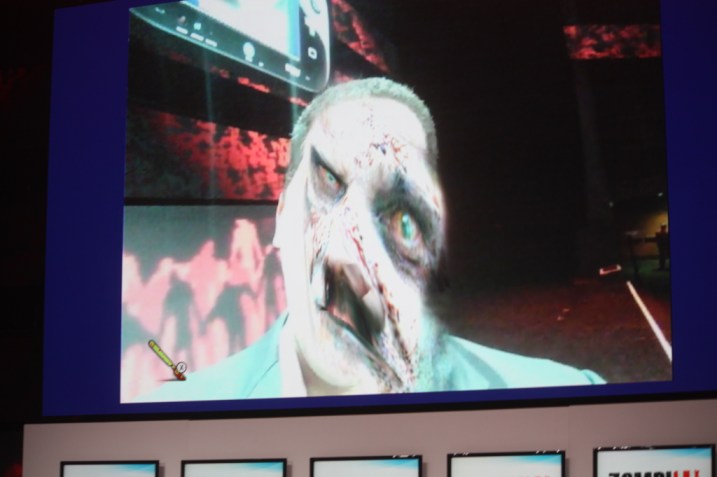 Xavier Poix, managing director of the Ubisoft France game studios, joined Reggie Fils-Aime, president and chief operating officer of Nintendo of America, on stage during Nintendo’s Electronic Entertainment Expo (E3) press conference on Tuesday to show ZombiU, a survival horror game where players have to fight off the undead.

Fils-Aime took a picture of his face with the Wii U’s tablet controller, which the game then zombified into a grotesque, animated image (pictured above).

A short video of ZombiU showed other unique features using the Wii U pad, which contains a touchscreen and gyroscope controls. One example showed a player trying to crack a security code on a locked door with the touchscreen. Players can also use the controller for sniping by holding the device in front of the area on the TV where they want to zoom in (pictured below).

Ubisoft Montpellier, which previously worked on From Dust, Beyond Good & Evil, and Ghost Recon Advanced Warfighter, is developing ZombiU. 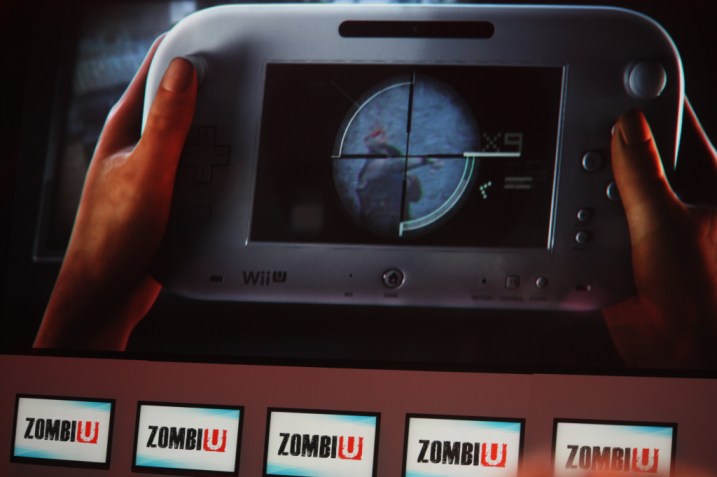