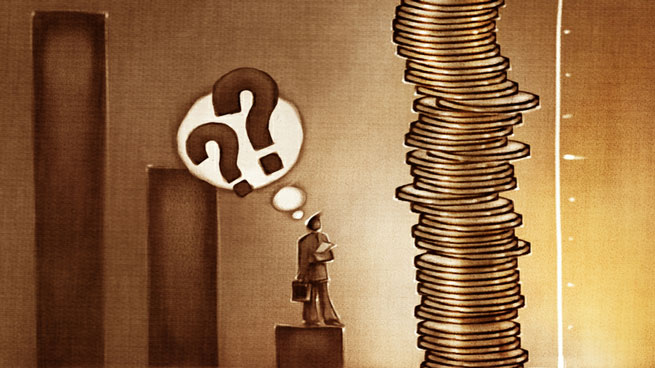 Delphix, a startup that exists at the boring-to-consumers-but-otherwise-a-total-goldmine intersection between cloud computing and big data, has just dried the ink on a healthy funding deal — one that brings tech heavyweights like Battery, Greylock, and Lightspeed to the table.

This is the startup’s third round of institutional funding, and it’s a whopper — $25 million and oversubscribed. And all for agile data.

As we read in the Delphix press release, “By virtualizing the data within enterprise databases, Delphix increases agility in database-driven application development and transforms the economics of database and application management.”

But while your mortal eyes might glaze over at the sight of such techno-jargon, mightier eyes have seen the value of Delphix’s business strategy — in a word, to save large companies (which just love paying out lots of money for professional services) time, storage costs, and productivity by taking their ginormous databases — where else? — to the cloud.

Of course, moving that massive amount of interconnected, probably sensitive data around isn’t a feat for the feeble. “Enterprise databases… can be challenging to migrate to cloud environments while running in production,” admitted Delphix CEO Jedidiah Yueh in a statement. “With our data synchronization and virtualization technologies, we deliver the right data to the right teams at a fraction of the cost and time, which can accelerate application projects by up to 500 percent while cutting hardware costs by 90 percent.”

Hence the ka-ching of the company’s 300 percent annual sales growth since its public launch in 2010.

The latest funding round was led by Jafco Ventures with participation from new investors Summit Partners and Battery Ventures as well as existing investors Greylock Partners and Lightspeed Venture Partners. All told, Delphix has now pocketed $45.5 million from Silicon Valley’s finest fat cats.

Yueh’s last startup was Avamar, a company in the equally questionably-sexy-yet-hella-lucrative backup and recovery space. Yueh ran that show for seven years then sold to tech behemoth EMC for $165 million. We’ll see if Delphix runs a similarly gold-paved course.