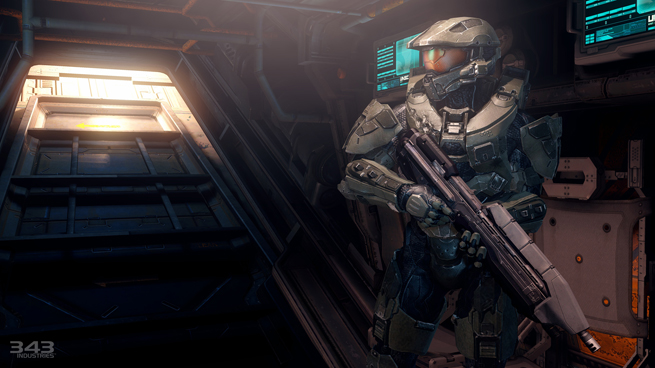 Once upon a time, one multiplayer deathmatch outfragged them all, and it was good. Halo 2 ruled Xbox live with a just, heavily armed hand, and gamers poured millions of man-hours into annihilating friends and strangers alike. Then a stranger from Activision came to town and shot Halo 2 in the head. While Halo remains a force to be reckoned with, Call of Duty: Modern Warfare has owned online multiplayer ever since.

At a special Halo 4 preview event in downtown L.A., we got our first hands-on look at developer 343 Industries’ first crack at Halo’s signature competitive multiplayer, now dubbed War Games. Two modes. Two maps. And it’s not unfair to say we unanimously hated it … at first.

Because this is a very different Halo, and it has a very specific mission: take back the crown.

Spawning in and pushing the right stick forward for the first time — particularly coming off a recent Halo: Reach party — we felt the game was noticeably slower, more deliberate, almost plodding at times. You just don’t get the same sense of speed. Even bumping up the sensitivity didn’t bring it back to Reach’s level. You still space-jump, but as a Spartan IV super soldier, you’re a few notches down the rung from the Master Chief, and you don’t move like him. You go at the speed of a human marine crossing a bombed-out ruin … a la Call of Duty.

Sprinting moves to a dedicated, always-available feature with a quick left-stick click … like Call of Duty. Duty-ish killstreaks let you call in deployable Halo-ish rewards; energy swords, overshields, the new (and nicely overpowered) Promethian weapons. Experience points go towards unlocking armor upgrades (several of which were available for our preview event) instead of merely blinging out your kit. Forerunner vision gives you a brief hit of radar vision. Thrusters are the poor man’s jetpack. Hologram decoys (likely the baseline ability) never get old. Crouching? Over on the B button.

But here’s the thing… Call of Duty doesn’t exactly do multiplayer wrong. The more War Games we played, the more we started to acclimatize to the pacing. Then we found the new rhythms. And then we really started to enjoy it. 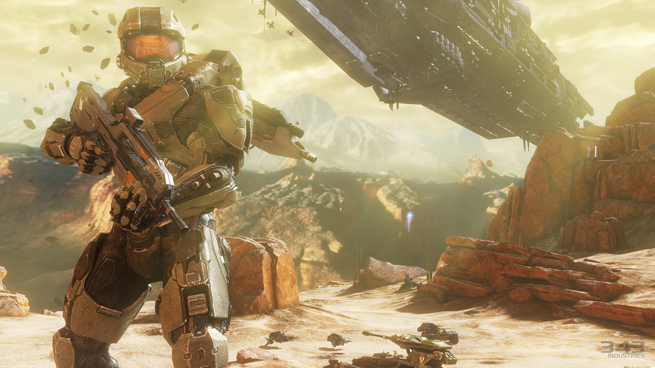 Old, reliable Team Slayer became a hunt rather than a scramble. New mode Regicide tags the point leader with an always-visible waypoint marker and places an ever-increasing bounty on his head (a nicely nasty trick GamesBeat Editor in Chief Dan Hsu had to build himself in previous Halos). And once you dial into how your Spartan IV moves, what they do, what they don’t do, the noticeably thicker report of the guns, and the triumphant return of the overpowered Magnum, it’s absolutely and completely Halo … done differently.

Two new  maps — one similar to Halo 3’s Narrows, with an enclosed ring around the central bridge, the other a spiritual sequel to Halo Reach’s Countdown with a bit more meat in the middle (which I silently dubbed “the killbox”) — gave us good variety for short- and long-range combat. We would’ve stuck around a lot longer and played a lot more if the venue hadn’t made us stand the whole time to play it after a long day’s trade show. But even then, we spent a few hours diving deep into every delicious corner of that game.

So brace yourself. Give it some time. You might just hate Halo 4’s multiplayer before you love it.