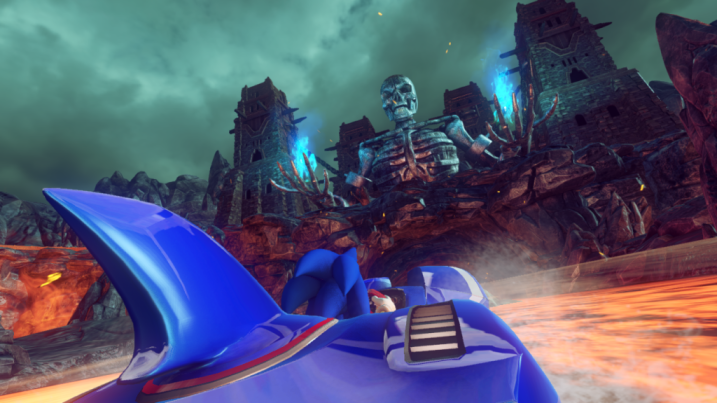 This could be blasphemy, but Sonic & All-Stars Racing Transformed, publisher Sega’s new kart racer, may be more fun to play than Mario Kart, the series that invented the genre back in 1992 on the Super Nintendo system and has seen a release on every major console from the company ever since.

Just like Mario Kart, players race each other while gathering and using a variety of items to try to deter their opponents. However, Racing Transformed’s tracks are much more dynamic than those seen in Nintendo’s popular franchise.

For example, I played a level at Sega’s Electronic Entertainment Expo booth where the course would change after each lap. You spend the first time around the circuit (which was themed after Panzer Dragoon, an on-rails shooter for Sega’s old Saturn console) simply racing on the ground, but a blocked off path redirects you to a lake for the second lap, automatically transforming your vehicle into a watercraft (this is where the “transformed” part of the game’s title comes into play). The third and final laps redirect you again, this time sending you up to the sky for aerial racing. 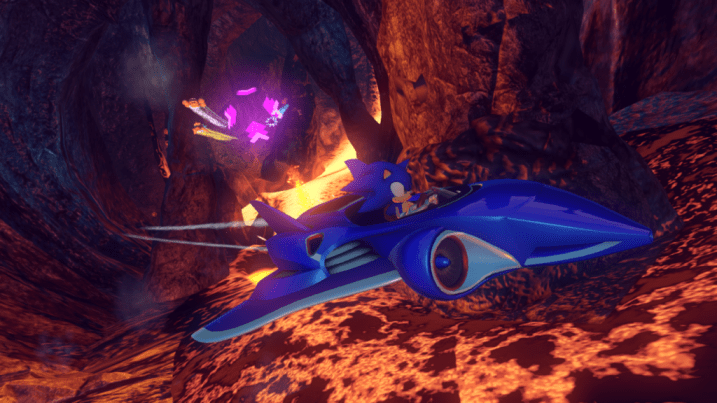 The transition between land, sea, and air doesn’t just happen from lap to lap. A track based on Sega’s old arcade brawler Golden Axe sends racers off a cliff and over a lava pit in the middle of a circuit (pictured above).

These evolving levels mean that you aren’t simply speeding past the same exact environment three times, adding variety to the old genre’s mechanics. True, Diddy Kong Racing for the Nintendo 64 also features aerial and water racing, but the way you switch between the different vehicles mid-race and see new areas of a track with each lap is what sets Racing Transformed apart from its competitors.

After seven Mario Karts and dozens of imitators, Sonic & All-Stars Racing Transformed feels like a refreshing update to a genre that had gotten stale and predictable. Plus, with playable characters like Beat from Jet Set Radio and Vyse from Skies of Arcadia (both old titles from the short-lived, but much loved Dreamcast library), there are plenty of throwbacks from Sega’s past to keep fans happy.

Sega will release the title this fall for PlayStation 3, Xbox 360, PC, 3Ds, and Vita.