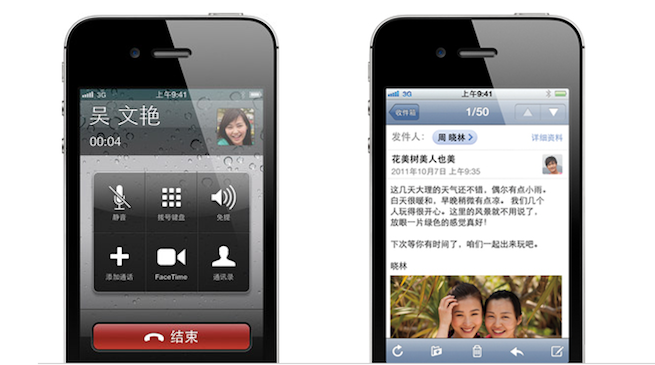 Apple is strengthening its push into the Chinese market, and with that may come the iOS integration of China’s largest search engine Baidu.

Bloomberg‘s sources say Apple is going to announce that Baidu, China’s largest search engine, is a new iOS search feature at the company’s developer conference WWDC in June. Currently, Apple supports both Bing and Google on its Safari mobile browser, though Google is the default search engine. Adding Baidu is an obvious move for Apple, whose brand continues to grow in Asia. Indeed, according to Apple’s annual report, China has the second largest number of iPhone users, only following the United States.

Apple is diving deeper into the Chinese market. The Chinese government today approved Apple’s request to open two new stores in China, according to the Wall Street Journal. These two new stores will be located in Chengdu and Shenzhen, where Foxconn, one of Apple’s manufactures operates. Apple’s retail stores have been doing very well for the company, bringing in $4.4 billion in the second quarter of 2012. That’s a 38 percent increase over the same quarter the year before.

But the move into China comes with some challenges. The company is in the midst of a lawsuit with Chinese LED manufacturer Proview, which says it rightfully holds the trademark for “iPad” in mainland China. Apple claims it purchased the rights to “iPad” from Proview in 2009 for $55,000.