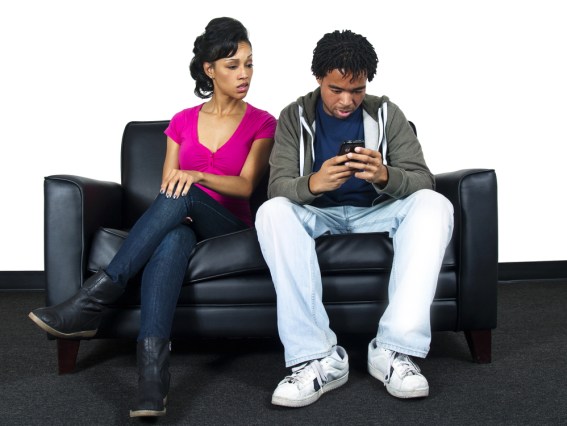 NQ Mobile’s Vault app aims to make it easier for Android smartphone owners to hide and encrypt all sorts of things on their phones, from photos and text messages, to entire call logs and contacts.

NQ estimates that roughly 87 percent of smartphone owners have something to hide, which makes just about everybody a potential customer. This isn’t limited solely to infidelity, but of all the possible applications, that’s certainly the first one that comes to mind.

I took some time to mess around with the Android app, and the process of hiding photos, contacts, and call logs was extremely simple. (Not that I have much to hide.)

One feature that’s surprisingly effective is “Private Contacts.” Once a contact is added to the Vault messages and call logs from the contact disappear from the phone, almost as if the contact never existed.

The premium version of the app offers a feature called “Stealth Mode”, which users can use to erase from their devices any trace of the Mobile Vault app itself. After Stealth Mode is activated, the user’s vault can then be accessed via the phone’s dialer.

The premium version also allows users to create a fake vault, which would serve as a decoy in the event that, say, the user’s wife demands to see who the user has been secretly calling and texting.  It’s a brilliant feature that adds a whole new level of subterfuge to the app’s feature set. James Bond would be proud.

Unfortunately, the premium version of the app is subscription based, something NQ might want to reconsider. One month of premium access runs for $1.99, which seems high but might be worth it depending on how much users want to keep their secrets safe.

NQ Mobile Vault is only available for Android right now, which means that iOS-using cheaters will have to hide their infidelity the old fashioned way for a while longer. 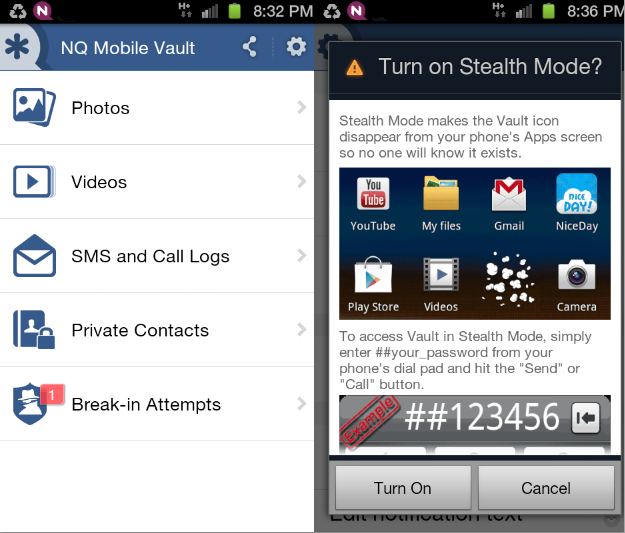