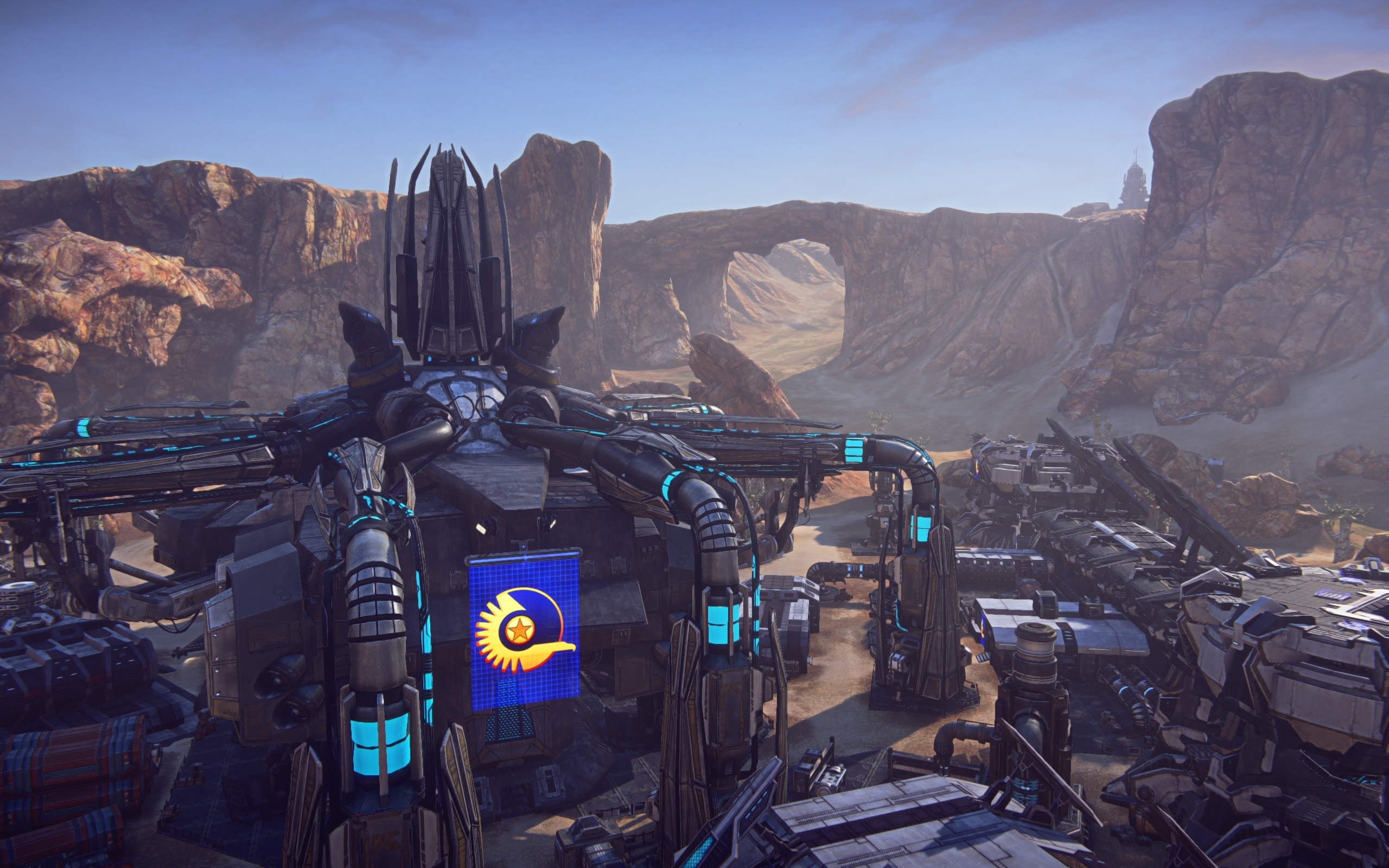 I was given control of a medic in the game, and dropped right into the action of a live battle, with players from out on the show floor as well as volunteers in San Diego, according to the game’s representative.

After the obligatory customization screens (camouflage patterns, weapon choices, character class, etc.), I ran outside of the starting bunker and headed to the battle. At first, I chose an air-support vehicle to fly to the hot spots on the area map, but crashed quickly. The representative I was with told me that developers chose to make the various vehicles and items in the game something players would need to learn and master, without too much hand holding, to reward gamers for sticking with it.

On my second trip to the live battle, I grabbed a dune-buggy type vehicle, which I was able to control much more easily. The movement of the vehicle, and later my avatar, used the keyboard, while aiming and firing, both in and out of the vehicle, was done with the mouse. This felt like a first person shooter through and through, with responsive controls and high frame rates to lend all the action a smoothness and quality I didn’t expect in a free-to-play game. 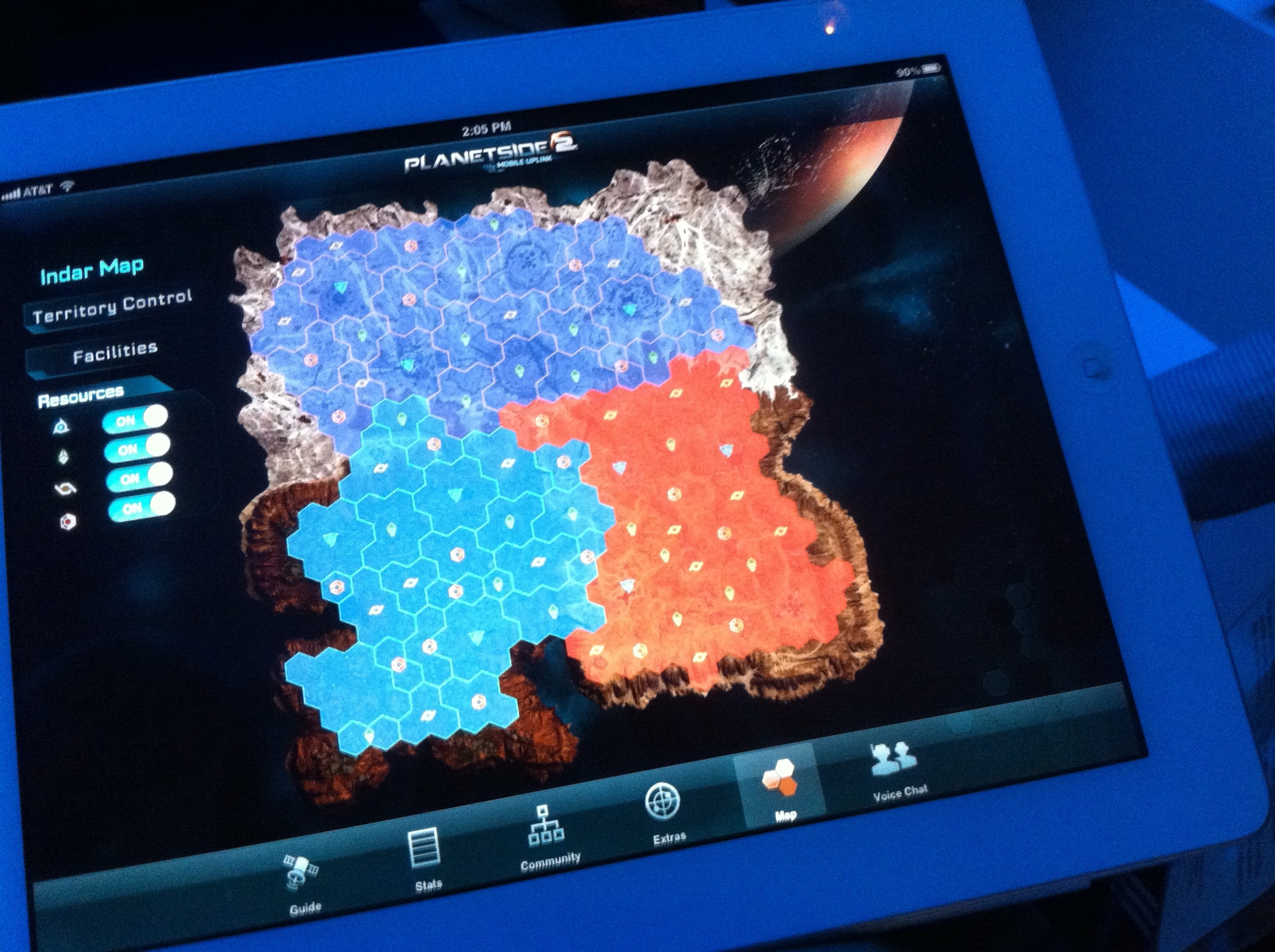 The SOE rep then showed me the map of our area. When zoomed out, it looks like a large grid with hexagonal sections across the terrain, with contested areas colored in red, and un-contested ones colored with specific factions colors that control that region. He said that the entire map covered about eight square kilometers all told, quite a bit more than most popular shooter games like Call of Duty and Battlefield.

Further, gamers with an iPad device can load up the Planetside 2 app and see real time data and stats about the game, as well as engage in voice chat with their team mates. The possibilities here are fantastic; with a mobile app like this that accesses the live game servers, it could give players using the app an advantage in game. The app will also be free.

There’s no official response on when Planetside will be available for download or play by the general public.