At one point, Takuya Matsumoto of MarvelousAQL truly believed that the game he worked on, The Last Story, would never see a U.S. release.

Being told that the game you spent the last few years of your life making may never see release in a major territory is hard for a developer to hear, but that’s what the team behind The Last Story for Wii was told when Nintendo announced that they would not be releasing it in the U.S.

Thanks to publisher XSeed, fans of console role-playing games (RPG) in the U.S. will get their chance to play The Last Story. The game, developed by Mistwalker and MarvelousAQL (formerly AQ Interactive), is set to land in North America this summer.

Nintendo published the game overseas, but for reasons the company won’t share, chose not to bring it to the US. What was the plan when Nintendo made it clear that they would not be releasing The Last Story in the States? 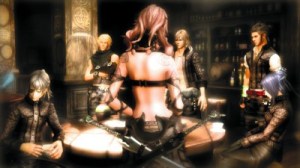 Unfortunately, there wasn’t much they could do. “As a developer we don’t have that much influence over what to do so that the U.S. can have the game. It was something we were hoping that someone would pick up, so that the U.S. audiences could play it,” said Matsumoto, speaking through translator Jimmy Soga of XSeed Games in an interview with GamesBeat at this year’s Electronic Entertainment Expo (E3).

All a developer can do as this point is shop around in hopes that someone localizes the game for a territory. This was tough for Matsumoto, who truly feared at one point that The Last Story would not reach North America.

“Honestly? Yeah, I didn’t think it would see the light of day in the U.S.,” said Matsumoto, feeling that it may never go beyond Japan and European territories.

That’s when XSeed jumped in, according to Soga, who explained how the publisher managed to pick it up. “Our president…had some connection with Nintendo, so he was sending them love letters, love calls, to see if we could bring it over. He knew Sakaguchi-san from other projects, and asked him ‘wouldn’t it be great to work together again?’ We were fortunate enough that Nintendo liked our proposal, and we were able to publish it.” 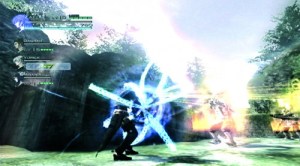 Fans didn’t sit quietly through all this. They initiated Operation Rainfall, which was an extensive campaign of emails, phone calls,Tweets, and more urging Nintendo to localize The Last Story, along with two other Wii RPGs, Xenoblade Chronicles, and Pandora’s Tower. While very vocal, the group made it a point to keep things civil. In the end, Nintendo responded by thanking fans, but saying they had no current plans to introduce any of the three titles in the U.S.

When asked if he had ever seen such a fan response to a game, Matsumoto said, “This would be the first time. I did work on Sonic Adventure when I was working at Sega. There was a lot of hype for it, but Sonic is such a well-known IP in America. As for a brand-new IP, or a brand-new title? I’d never seen anything this big.”

The focus of our discussion then shifted to the game itself, and Matsumoto talked about an element that was left out. There was a feature in The Last Story that was supposed allow for the player to rewind while in combat just after casting a successful magic attack. When asked to elaborate on how it was intended to work, he explained that it was to give the player an overview of the battlefield, and understand was was going on around their characters, “but that really slowed down the tempo of the game, because you’re actually going back in time to do it again. Tempo was something that was really important in this game, so to enable players to better understand where everything is, we let the characters speak more freely within the battlefield.” The in-game banter between the characters is intended to give the player a better sense of what is going on through audio cues.

A mechanic that was also left out of the final game, but built very early, according to Matsumoto, involved an aerial view of the map during battle. “During the test phase, we had a mode that let you see the whole battlefield from a bird’s eye-view and see everything going on at once, sort of like a Diablo style, if you will. At the end, they couldn’t use it, because it made all the characters too small, and you can’t really relate to them,” he said.

As for why the Wii was chosen as opposed to a high-definition console Xbox 360 or PlayStation 3, he says he had no say over platform. It was a project they were given by Hironobu Sakaguchi of Mistwalker, and the team consisted of many of the people who worked on the Xbox 360 creating Lost Odyssey and Blue Dragon.

While the knowledge they had gained working on those titles came handy when developing on the Wii, Matsumoto said that the limitations of the hardware forced them to prioritize. They had to be more choosy of what they could place on the screen, and cut loose the parts that weren’t totally necessary.

The Wii’s control scheme was part of the reason the developer went with a duck-and-cover system. When we asked Matsumoto about any weaknesses he felt the Wii had, he pulled out two Wii controllers, and placed them on the table in front of him. One was a Wii Remote and Nunchuk combo; the other was a Classic Controller.

Wiggling the Classic Controller’s thumbsticks, he said, “I’m not sure if this is considered a weak point, but on the Wii Remote, there is no second analog stick for viewing (he was referring to a common control scheme in third-person games that allows players to use the right analog stick to control the camera).” He then picked up the Wii Remote and pointed at the D-pad.

“It is a third-person action game, so to be able to control the camera angle would have been a lot easier [with the second stick], I suppose,” he said. “Because you can’t freely move your camera, we were able to come up with a duck-and-cover system. Within the cover system, you will be able to freely look around yourself. Even though you won’t be able to move, it’s made the game more accessible.”

It was that control scheme, partly, that led to the design choice, but the main reason was that they wanted to give players a moment to take a breath and strategize by seeing the situation around them. Then there’s the fact that he loves Gears of War, and it was something he wanted to implement.

As to whether any future ideas came to mind upon seeing the Wii U hardware, Matsumoto shared some thoughts. “Because of this meeting, and the situation, I’ve just been thinking about The Last Story throughout this whole trip. One would be resolution, because it would be easier to implement more user interface (UI) stuff.” Pointing at areas of the screen, such as the heads-up display (HUD, where player information such as health is shown) Matsumoto explained that the decreased resolution gives them less screen space to work with. The HD capabilities of the Wii U would give them more space for placing such information.

“The other thing is, because you have a screen in the palm of your hand, it would be so much easier to control your allies within that while playing your game on the big screen,” he added. “Going back to that rewind thing that we left out because it slowed down the tempo of the game—but if we had a way to see where your allies are on a different monitor, that would totally cover the part that Sakaguchi-san wanted to do with knowing where all of your teammates are.”

The Last Story will launch on Nintendo’s Wii this summer.