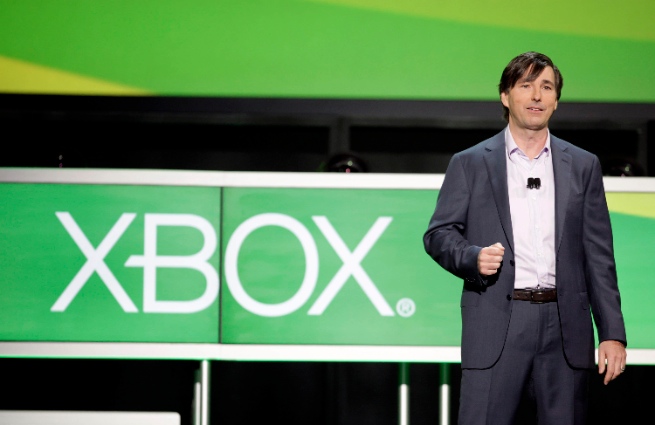 The screens have been turned off, the banners rolled up, and the booth babes have showered. Indeed, E3 has come to a close. What better time to take a lighter look at the press conferences that were.

Here’s how the Microsoft E3 2012 Media Briefing went down:

There will be a game called Halo 4,
A franchise with fans that adore.
Multiple visors this time,
Looks like Metroid Prime
But what was all that FMV for?

Tom Clancy’s Sam Fisher is back,
With gadgets and clad all in black.
They said goodbye to stealth,
To increase their wealth,
And opted for broad daylight attacks.

Joe Montana showed off Madden at E3,
Convinced by an appearance fee.
Hike with some lag
Is a bit of a drag,
But for a rich sports star: novelty!

Fable, Gears, and Forza next with quick hits,
Spurred interest, but only a bit.
Where’s the gameplay?
Is that all you can say?
Oh, more dubstep … time to throw a fit.

Pushing forward the system with SmartGlass,
To look up cast info quite fast.
Inspired by Nintendo,
Their manufacturer foe,
I suppose they couldn’t steal StreetPass.

Time for a break to go pee,
Or maybe catch up on some Z’s.
The conference was boring,
But they thought they were scoring.
When they introduced a web browser: IE?

Tomb Raider was next with Lara Croft,
Holding her legacy aloft.
Lo and behold,
It’s Year of the Bow.
An arrow to the knee, not so soft.

Matter, LocoCycle, Ascend New Gods.
Three new IP, what are the odds?
What’s on the go?
It’d be nice to know,
If we have reason to applaud.

Next up was Resident Evil Six.
Another apocalypse to fix.
Action-packed,
And to pick up the slack,
They’ve filled it with Quick Time Event tricks.

Wreckateer is a made up word.
One of the silliest I’ve ever heard.
Medieval Castles,
Apparently a hassle.
Knock ‘em down with a Kinect Angry Bird. 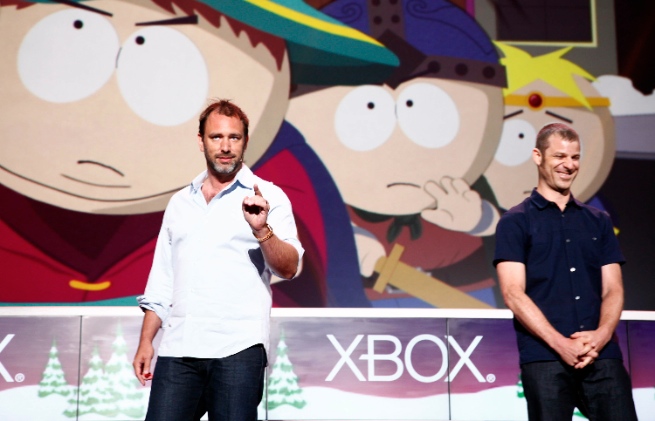 An RPG in the world of South Park.
4 boys against the powers of dark.
Trey Parker and Matt Stone
Made fun of smart phones.
Finally! Someone hit the mark.

Usher performed his new Scream.
Now he’s on Harmonix’s team.
Cynicism aside,
It was quite the ride.
Made the ladies (and some of the men) cream.

Black Ops 2 rounded out the show,
A game that all gamers know.
Gunplay melodrama,
Explosion-o-rama!
But don’t you dare go against the flow.

Why not check out the limerick recaps for the Sony and Nintendo press conferences?