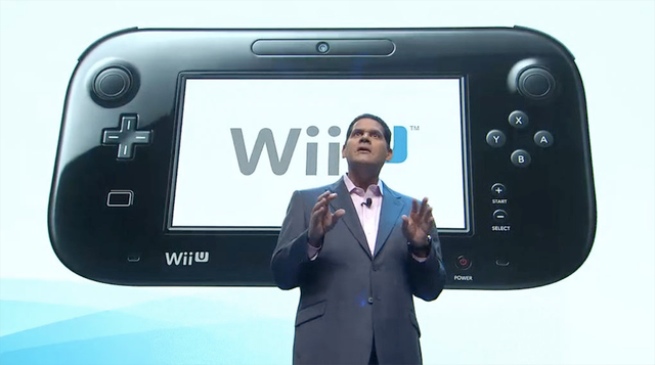 The journalists have been wined, and the buyers for retail have been dined, and the hangovers are just beginning. That means E3 is done for this year, and we enter the long wait until the holiday release season starts.

Oh well, to pass the time, let’s remember all the games Nintendo mentioned in passing (or not at all!):

Miyamoto talked about Wii U,
Hardcore gamers try not to say “P.U!”
An extra screen
May disrupt the scene.
Wait, didn’t DS do this too?

Pikmin 3 was not so much a secret.
A year ago Miyamoto leaked it.
Little small guys,
Sight for sore eyes,
Looks like they only tweaked it .

And then appeared the man named Reggie,
Nintendo of America’s boss, who is edgy.
Won’t kick some ass,
He’s not that crass,
But not above giving a few wedgies

The Wii U Gamepad is here,
To spread Nintendo’s brand of cheer.
Two analog sticks
With touchscreen schtick,
But to me, it still looks like Game Gear.

Batman Arkham City is back,
Putting Wii U on last gen’s fast track.
Who would buy this?
And that’s not a diss,
Everyone’s already had a crack.

The exclusive Scibblenauts Unlimited
Will allow Wordsmiths to be uninhibited.
Anything you can think,
Created in a wink.
“Penis airplane”? I think I’ll win with it.

Who in the world can I thank
For an idea that can be brought to the bank?
An amazing game,
With an amazing name.
I’ll buy Wii U for Tank! Tank! Tank! 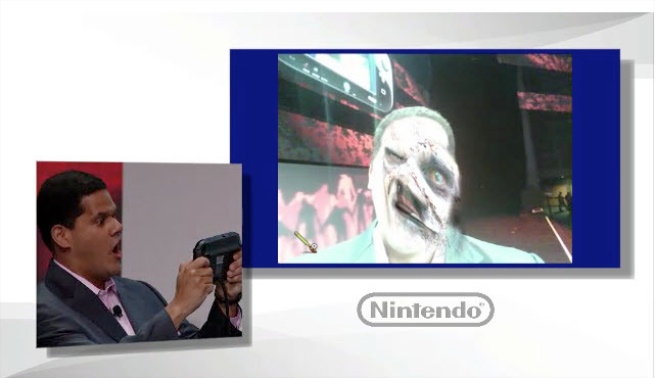 Wii Fit U may seem kind of rad,
To your mom or maybe your dad.
Gameplay disguise
For more exercise.
But please don’t step on that Gamepad.

Paper Mario is back in 3D.
So excited that I could probably pee.
I better be quicker,
With all those stickers.
Or a wet stain will extend to my knee .

Luigi’s Mansion returns to 3DS,
To clean up a supernatural mess.
A long time waiting,
For fans that be hating.
And finally requests for a sequel will rest.

Excuse me if I think it’s lame,
But ZombiU is another zombie game.
Innovative features
To kill undead creatures.
Bah! It’s just more of the same.

NintendoLand could be a light in the dark
To eliminate every gamer’s snark.
Imagine a place
With smiles on every face.
Wait! It’s not a real life amusement park?!?!

Catch up on the rest of the E3 press conference by checking out the limericks for Microsoft and Sony.