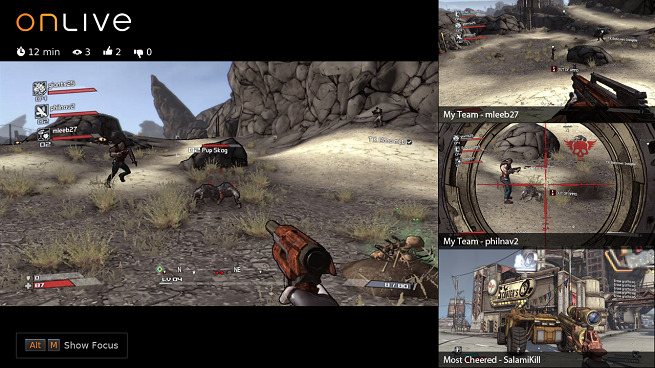 Jump into the floppy sneakers of Marty McFly, Jr. from Back to the Future Part II. Remember the scene where he flips on the TV after noisily arriving home, instructing it to display channel after channel of visual bombardment in one screen? He then sits back in the well-worn armchair, his lax calm-as-they-come expression heralding the type of future shock adults spoke about in feverish whispers during the 1980s. Still, Marty’s monster dose of info provides him exponential entertainment value within a widely established platform.

At a blearingly early presser event at the Electronic Entertainment Expo (E3) Wednesday, the video game streaming service discussed its plan of attack in utilizing increasing consumer interest in cloud-based and cross-platform gaming applications. The company’s practiced hand at fending off walls of skeptics for its understandably incredulous product – some even called frame-by-frame gameplay streaming “impossible” – guided MultiView’s debut following a declaration by chief executive officer Steve Perlman of OnLive’s successes so far.

“Skeptics said OnLive would never work, never scale, and perform unreliably over consumer broadband connections,” he said. “OnLive now has millions of subscribers worldwide. Not only is it available on PCs and Macs, but also on TVs, tablets, and smartphones via wired, wireless, and even cellular networks, and I’m pleased to report we’ve had 100 percent uptime 24/7 since launch.”

As we’ve talked about before, MultiView furnishes players with a row of three in-game spectating windows. Any game and any user broadcasting across OnLive’s network slots into MultiView with a few clicks or button presses. 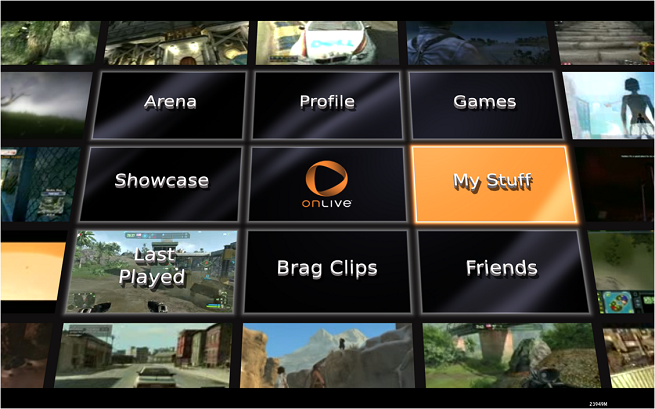 The real win for OnLive here is MultiView’s latent advantages for competitive and cooperative gaming. Keeping tabs and a constant awareness on your teammates through secondary streams ensures squad leaders, dungeon masters, and guild officers second-by-second location data. As an example, Perlman loaded a multiplayer session of Borderlands within MultiView while streaming his three fellow Vault Hunters simultaneously next to his game screen.

Consider MultiView’s uses within a pro-gaming environment. Games such as Halo: Reach, Call of Duty: Modern Warfare 3, and Battlefield 3 demand constant communication between team members during competitive matches, an activity typically involving screeching interjections over headphones and across tables. A coach trading a ruined voice for increased efficiency via tracking his or her players under one interface easily edges into win-win territory.

Of course, this all hinges on the infrastructural magic occurring without a hitch – an especially critical accomplishment for OnLive if it seeks a stronger multiplayer gaming presence. Reaching for the clouds won’t happen without taking care of the weighted baggage of latency, and plenty of voices spoke on the matter already. “The round-trip latency from pushing a button on a controller and it going up to the server and back down before you see something change on the screen should be less than 80 milliseconds,” Perlman claimed in a 2009 BBC report. “We usually see something between 35 and 40 milliseconds.”

MultiView headlined OnLive’s showfloor booth, and after nabbing some hands-on time, I met no latency issues or quality hitches while watching – though a supervised, guided demo with OnLive techs on hand isn’t completely indicative of a living room experience. In any case, OnLive’s latest additions brought a recurring theme of cloud power, and the end-of-day takeaway spelled a bright future for OnLive and similar companies of its ilk.

“We’ve made gaming a non-platform-dependent activity,” Perlman said. “You play what you want, when you want it, and we take care of the rest.”