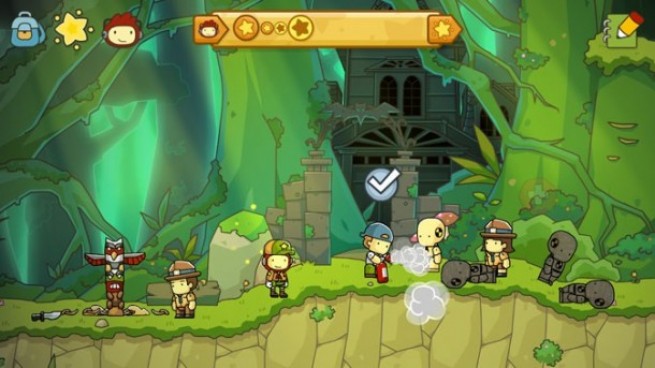 Even Scribblenauts creator Jeremiah Slaczka of (developer) 5th Cell is surprised at some of the things fans have come up with while playing his game. With the new object-creation feature and the possibilities it leads to, he calls Scribblenauts Unlimited for the Wii U “the definitive version of Scribblenauts.” It adds many of the features he’s always wanted.

With each iteration, the series has added increasingly more. “The first one [Scribblenauts], obviously, is just write anything, the second one is adjectives, and the third one is now object creation,” said Slaczka. “We’ve always wanted to do all those things at once, but in game development it’s just too much. You have to learn and stuff like that. So I wanted to do something where, literally, you could write anything, and share with friends, all this.” That’s part of the reason 5th Cell chose the name Unlimited for the latest Scribblenauts game, “because you have unlimited objects now.”

Object creation isn’t a new idea to the developer. “We’ve kind of had this in the pipe for a while,” said Slaczka. “For a couple of years I’ve been wanting to do something like this, and the Wii U is also really, really powerful—Oh, that’s cool,” Slaczka said, pointing at one displays on the show floor as he was momentarily distracted by a demo unit in which the game showed a rolling wave of water that submerged the lower half of the screen, “I haven’t even seen that. There’s so many objects—I think that’s like tsunami, or something.”

Getting back on track, Slaczka said, “With the Wii U we’ve been able to make the game way bigger, because with the object creation—putting all that stuff together—the DS just can’t handle all that stuff…even the Wii couldn’t handle it, but the horse-power of this can really handle it.” The increased resolution of the high-definition console also means that the developers can fit more information and objects onto the screen at once.

With Scribblenauts Unlimited, the Wii U gamepad mirrors what’s displayed on the screen. While previewing the game, I caught myself watching the GamePad and almost completely ignoring the television screen. Asked whether he felt it was a problem, he said it’s something he’s actually asked quite often.

“People say, ‘Well I should be looking at the screen,’ and I’m like ‘Well, why? Should you?’ Are you having fun either way?” he explained, saying that he doesn’t feel the player should be confined to either of the screens. 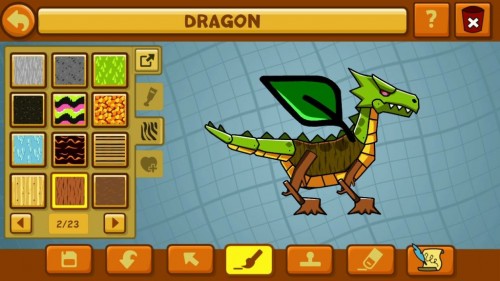 “What’s cool is your friends can all look at it, so while you’re writing, that’s why we don’t have the write-mode up. We just have a little bar.” The write mode Slaczka was referring to is an onscreen keyboard that pops up and covers the screen when the player wants to type a word. It shows on the Wii U GamePad’s touchscreen, but the television screen only shows a yellow bar with the letters popping up as they are typed, allowing onlookers to see the onscreen action.

Slaczka feels that he got just about everything they can in the game. “I just had a journalist, he was trying to stump it, so he wanted to make a unicorn that’s metallic and can shoot lasers.”

“I hadn’t thought about something like that before,” said Slaczka, going into detail about how they made it happen. “And it worked.”

Interestingly, Slaczka himself wasn’t at first sure it would come together correctly. “That even surprised me, because it was like ‘Uh, hopefully this works,’ I’d never tried something like this. I’m not trying to be PR and say we have everything in the game, but in the object creation, we have a lot.”

“See that?” he said pointing to the screen, “That’s a giant plant tank that shoots hippies—a hovering plant tank.” Sure enough, on the screen was a giant tank made of plants floating around the screen.

“That’s what Scribblenauts is all about. It’s just absolute wackiness, like, do whatever you want, and I want it to be like that, so I’m happy to see that people are doing all kinds of crazy stuff,” he said.

What’s more? With the online features of the Wii U, players will be able to share their creations, and that excites Slaczka, because he will be able to see what players create. “[That] is going to be so fun for me,” he said.

Scribblenauts Unlimited is set to release on the Wii U this holiday season.