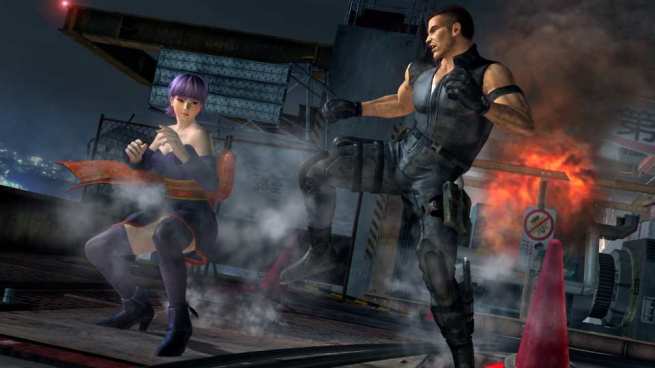 Dead or Alive 4 first graced Xbox 360 disc trays in 2005, which blows my mind. Tecmo Koei is bringing back its sexy, storied franchise in 2012 — seven years later — with a few new features and character cameos in tow.

The DOA series of 3D fighting games has always been known for its frenetic action, counter-friendly gameplay, and interactive environments. Dead or Alive 5 is no different. The build that I played at this year’s Electronic Entertainment Expo (E3) was as quick and deadly as its predecessors. I also had the chance to meet with Marko Bursac and Kohei Shibata from the game’s developer, Team Ninja, to discuss some of the title’s potent new additions.

“We have one extra move that we actually implemented in Dead or Alive 5. It’s called the power blow,” Bursac detailed while translating Shibata’s thoughts. “It’s more like a special super move that we have in the series for the first time.”

The power blow adds an important new weapon to a player’s arsenal. It drains significant amounts of enemy energy, and in some cases, it can even end a round in dramatic fashion. During our private session, Shibata demonstrated the move on a city-rooftop level. He charged up his character and executed the maneuver on his heavily damaged opponent, which led to an elaborate ending sequence where his combatant literally kicked the adversary into a flaming, flying car. The power blows introduce an added level of risk to fights and can be real game changers if used correctly.

As I mentioned earlier, the game continues the franchise’s hallmark of treacherous fighting environments. “The stages are very interactive … We’re trying to use the stages to reinforce the fighting-entertainment dynamic that we have in the game,” Bursac stated as Shibata played through a match. In addition to the rooftop scene, I also saw a lighthearted, circus-inspired area and a war-torn street environment. With the new gameplay mechanics, the backdrops are now even more crucial to a fighter’s ultimate success. 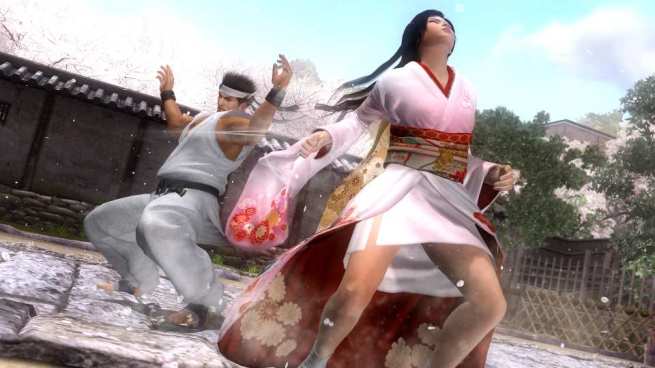 And speaking of fighters, the floor demo included mainstays like Ayane, Hayabusa, and Zack, so expect to see many of your favorites return. Interestingly enough, Akira and Sarah from the Virtua Fighter series will also be making appearances. While translating for Shibata, Bursac explained the inclusion of the characters, “The Virtua Fighter series has been the forefather of the 3D-fighting genre … Since we’re bringing back Dead or Alive … we wanted to celebrate that occasion and show our respect.” The Team Ninja members didn’t go into detail about how the VF veterans will figure into the storyline, however. “They might pop up,” Bursac coyly replied.

If you’re a fan of the DOA saga or 3D fighting games in general, be sure to check out Dead or Alive 5 when it combos its way onto Xbox 360 and PlayStation 3 this September.