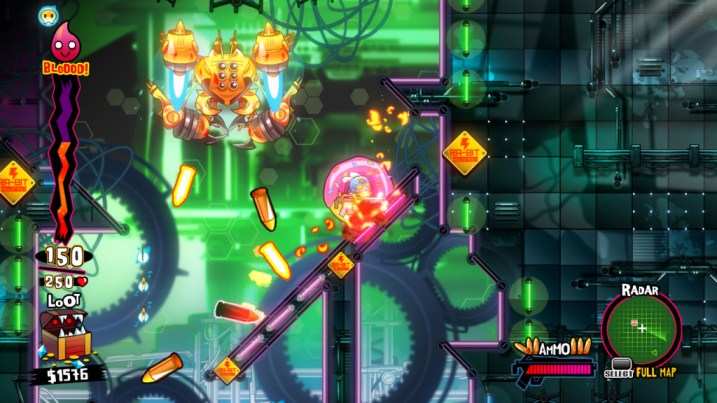 Video games are often ridiculous, but I’ve never seen one with a plot as bizarre and twisted as Hell Yeah!’s. I’m not even sure if I can do it justice, but here I go. Hell Yeah! tells the story of Ash, the prince of Hell…and also a bunny skeleton. He also loves his rubber ducky, but one day someone takes a picture of him…um, “playing” with his squeaky companion and uploads it to the underworld’s equivalent of the Internet, where it’s viewed by a hundred demons.

Ash is understandably embarrassed, so he goes on a quest to violently murder every single demon who saw the compromising pictures. Well, every hero needs motivation. Sure, it’s not saving a princess or defeating an alien invasion, but who are we to judge?

This outlandish premise alone should be enough to get your attention, but I found out that Hell Yeah! actually backs up this humorous plot with some solid gameplay when I played the title at publisher Sega’s Electronic Entertainment Expo booth.

Ash hunts demons across a series of open 2D levels, similar to the classic Metroid titles. But this dark prince isn’t equipped with a measly arm cannon. Ash rides inside of a giant, circular chainsaw….jetpack. Yes, a chainsaw jetpack.  Just in case that isn’t enough ridiculousness for one arsenal, you also gain access to a missile launcher and a variety of other guns. 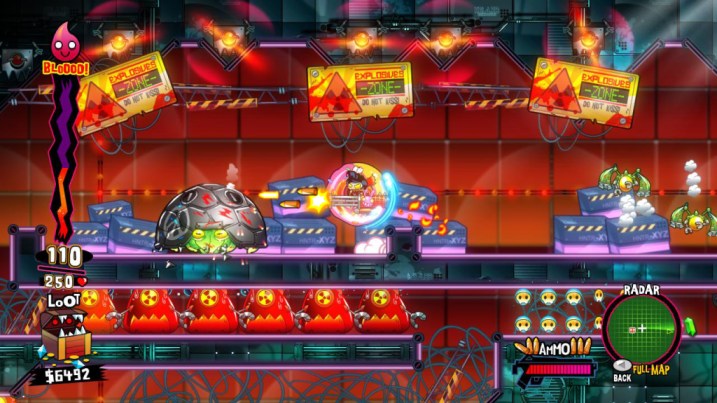 Every time you kill one of the hundred picture-viewing demons, you’re treated to a quick mini-game (usually involving timing a single button press or sometimes irreverent quizzes where the correct answer is “WTF?”) and then an incredibly violent death scene, one caused by a barrage of dozens of explosive carrots. What a way to go.

I couldn’t help but chuckle multiple times during the demo. This is one title that knows not to take itself too seriously and is a lot of fun as a result. The gorgeous, bright visuals that look like they came straight out of a cartoon certainly don’t hurt your attempts to appreciate all of the bloody insanity.

Arkedo Studio is developing Hell Yeah!, will be available for the Xbox 360, PlayStation 3, and PC later this year.