The team of heroes that make up the GamesBeat squad have disassembled after conquering another Electronic Entertainment Expo in Los Angeles. If you’re looking for full coverage, head to our E3 hub. For now, we’ve returned to our families who have asked us for our thoughts about the show.

Here is the list of GamesBeat’s ten favorite family games of E3 2012:

When the Wii launched in North America, Nintendo included Wii Sports with the system and marched in a golden era of family gaming. The big publisher is hoping that Nintendo Land will have a similar effect. The minigame collection will feature Zelda and Animal Crossing themed events that showcase the functionality of the Wii U GamePad.

In Luigi’s Ghost Mansion, for example, four players control ghost hunters while the person holding the GamePad controls a specter. The hunters try to weaken the ghost with their flashlights, while the ghost tries to weaken the players by sneaking up behind them. The rest of Nintendo Land follows this same pattern of asynchronous multiplayer where the player with the GamePad takes on an entirely different role in relation to the others with standard Wii remotes.

Not content with a single minigame collection, Nintendo is also working on Game & Wario. The yellow Mario villain is bringing his warped sense of style to the Wii U with a horde of small games that take advantage of the GamePad. Events like “Arrow” will have players firing a bow from the touchscreen at enemies on the television.  In “Shutter,” gamers will use the GamePad to take pictures of on-screen criminals before a timer runs out.

If you like your minigames with a bit more quirk, then your family may prefer this over Nintendo Land. 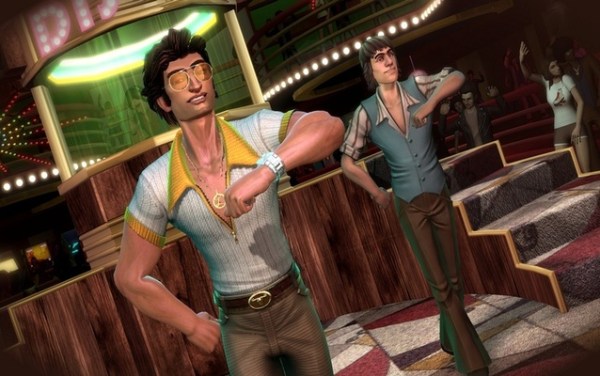 Everybody dances. Sure, maybe your dad shouldn’t (Pops, we don’t want to see you do the alligator again!), but everybody loves getting down. Which explains why so many people love controlling their music games by busting a move. Dance Central, the Xbox 360 Kinect’s marquee game, returns for a third attempt. This time, developer Harmonix is including a story mode which will have dancers traveling in a time machine to fix historical dance steps. Does that sound crazy? Well, free your mind and your butt will follow!

Want to shake your money-maker but don’t own a Kinect? Well, Just Dance 4 is available on Wii, PlayStation 3, and Xbox 360. The sound track will feature over 40 hits. Confirmed songs include Nicki Minaj’s “Super Bass,” The B-52’s “Rock Lobster,” and Will Smith’s “Wild Wild West.” 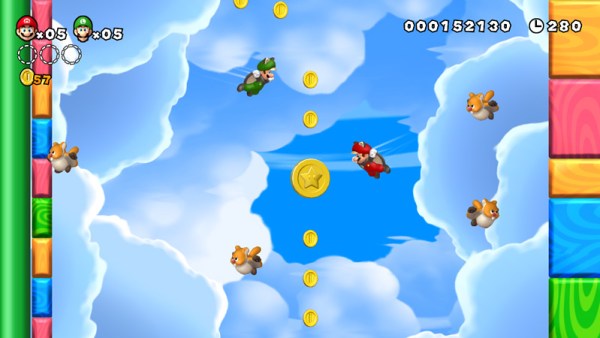 A new Nintendo system used to guarantee a new Mario game. While that is no longer a certainty, it shouldn’t surprise anyone that the Wii U is launching with a followup to one of the Wii’s best-selling games. Four players control Mario, Luigi, two toads, or their own Mii with the Wiimotes while a fifth player aids by creating blocks and stunning enemies using the GamePad’s touchscreen. Although, reports from our team on the E3 floor suggest that they had more fun when they were using the GamePad powers to impede and annoy the other players. 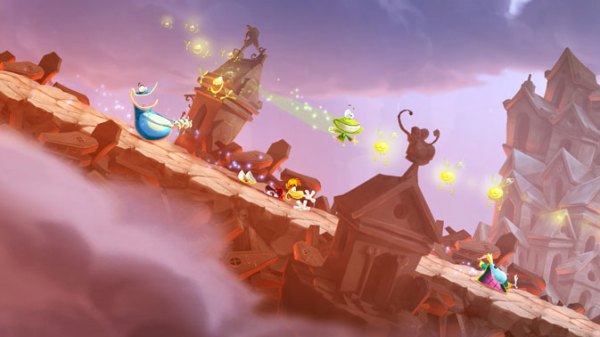 Many fans and critics consider Rayman Origins to be one of the best games of 2011. This Wii U sequel will bring a lot of the same platforming elements into an equally colorful world. Legends ups the family friendliness by including a fifth playable character controlled with the Wii U GamePad’s touchscreen. While up to four other players can run and jump around the side-scrolling environments, the GamePad player can tap on the screen to activate objects and mop up collectibles.

The main character from the previous Scribblenauts has a new world to explore. This time, instead of a bunch of self-contained levels, the magic-notebook wielding Maxwell will have a much more open world to explore. For the unaware, Scribblenauts allows players to summon a seemingly endless variety of creatures and objects simply by typing in the word. Unlimited allows players to combine multiple objects into one hybrid. Just be careful. I’m pretty sure that combinations such as “winged bears” and “walking snakes” are harbingers of the apocalypse. 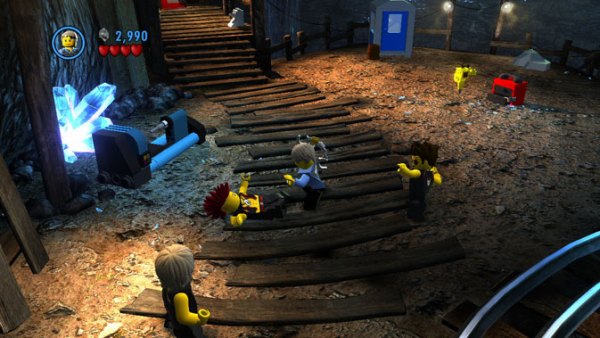 Lego has locked itself together with TT Games and publisher Nintendo to make a Grand Theft Auto clone based on the building-block company’s most popular play set, the city police station. Players will take the role of undercover cop Chase McCain who will be busting criminals all across Lego City. McCain can swap out his own parts to become other characters and gain new powers.

Disney’s world-famous Mickey Mouse returns for a second adventure on the Wii. This time, the classic character is expanding his digital presence to Microsoft and Sony’s consoles. The first game suffered from a poor camera and a complete lack of voice acting. Lead developer Warren Spector claims that they’ve fixed the camera and that the game will be fully voiced.

Since the end of the events in the first game, Mickey has teamed up with Oswald The Lucky Rabbit (who was a villain in the first game) to help save Wasteland, which is Oswald’s home. If Spector’s tam at Junction Point has truly fixed the camera, then this could be one of the best family games of the year. 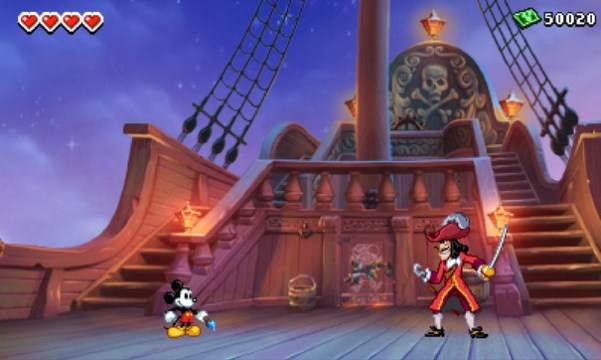 Disney will release a portable adventure starring the round-eared rodent for the 3DS on the same day as the console counterpart. The title will be a tribute to the Sega Gensis game Mickey Mouse: Castle of Illusion, which many fans believe is the mascot’s greatest video game. Power of Illusion will be a side-scrolling platformer that takes place after the events of the first Epic Mickey. The “illusions” of other Disney character will make an appearance including Captain Hook, Peter Pan, and Beast from Beauty and the Beast.

Please vote for your favorite in our poll and explain your view in the comments.