With publishers showing so many games in such close proximity, the Electronic Entertainment Expo is a great place to discover the directions that developers are taking the entire industry for the next year and beyond. Below are eight trends that GamesBeat’s writers noticed during the annual trade show.

I don’t know when bow and arrows became so cool. Maybe we should blame Hawkeye from The Avengers? Or maybe that girl from the Hunger Games? Whatever the reason, many of gaming’s protagonists have traded their rifles for wood. GamesBeat writer Jeff Grubb actually detailed this phenomenon quite a bit, listing Crysis 3, Tomb Raider, Far Cry 3, and Assassin’s Creed III as examples of string-tugging action.

Now, some of these characters use bows because of limited resources (Tomb Raider) or because of the technology of their day (Assassin’s Creed III), but why on earth is the guy from Crysis 3, who probably has access to the most advanced weapons technology on the planet, using such a primitive device?

2. Fourth installments of franchises, aka fourquels.

This industry has always loved its sequels, but when you reach the fourth installment of a series (in many cases within the same console generation), you begin to want for a bit more originality. Microsoft is the most guilty party here, showing off an upcoming library of software that includes Halo 4, Gears of War: Judgement, and Fable: The Journey.

Not that Sony is completely off the hook, thanks to God of War: Ascension, the fourth console release of the series. Sure, all of these titles are likely to be enjoyable on some level, but franchise fatigue is definitely setting in.

Video games have been violent for a very, very long time. It seems like ages ago when we all gasped while Kano tore a guy’s heart out of his chest in the original Mortal Kombat. Still, the violence was usually treated with a sort of action movie level of seriousness…meaning it wasn’t taken very seriously at all.

Well, now all of the killing, cutting, ripping, bludgeoning, and bleeding seems much more real. The trend seems to start with the new Tomb Raider, which sees protagonist Lara Croft screaming in almost constant pain as she is impaled and beaten. Naughty Dog’s The Last of Us is also a clear example of more visceral violence, especially thanks to a notable scene from Sony’s press briefing where the player shot a guy in the face with a shotgun while he begged for his life. Despite a lifetime spent watching polygons and pixels explode into bits of organs and limbs, for the first time ever gaming violence is making me wince.

I’m guessing that we’re beginning to see a lot of the games that were put into production after 2009’s Uncharted 2: Among Thieves proved to be a big hit. There were multiple titles on the show floor that featured climbing and mouthy characters that could easily be describe as, “It’s like Uncharted, but….”

I mean, there was Star Wars: 1313, which was like Uncharted but with a sci-fi setting, and Tomb Raider is like Uncharted without any of the lighthearted comedy. Even Splinter Cell: Blacklist seems to take the series in a more climbing-focused direction. I guess imitation is flattery, right?

Remember when Metal Gear was a stealth-based franchise? Sort of hard to believe that series could inspire a hack-and-slashing affair where you cut a guy into a dozen pieces with a sword, but that’s exactly what we have with Metal Gear Rising: Revengeance. What about Assassin’s Creed III? The new protagonist, Connor, seems to prefer to charge directly at his foes rather than stunning his adversaries with surprise like his ancestors, Altair and Ezio, did.

Even Agent 47 has gotten bold enough to kill his targets in the middle of giant crowds in Hitman: Absolution. Of course, these could all just be vertical slices that are focusing on more action-oriented aspects of these titles, but you still couldn’t escape the feeling that stealth was out of style at E3.

Dual screen gaming was made popular with Nintendo’s DS hand held device back in 2004, but now we’re seeing that concept taken to the consoles. We already knew about Nintendo’s Wii U, the new system that heavily features the use of a tablet controller, but Microsoft showed off SmartGlass technology, with allows preexisting smart phones and tablets to act as a second screen for Xbox 360 experiences.

We saw a lot of examples of this technology being used for unique gameplay possibilities, notably in Wii U platformers New Super Mario Bros. U and Rayman Legends, where the second screen can be used to assist the main player. Microsoft, meanwhile, showed off the ability to instantly transfer a movie from the television to a smart phone mid-scene. It’ll be interesting to see how consumers take to this innovative (and potentially expensive) technology.

A lot of characters seem to be motivated by revenge this year. Just look at the tagline for Dishonored, the new steampunk, action-adventure title from publisher Bethesda: “Revenge solves everything.” You can also look at the trailer for the four player co-op mode in Far Cry 3, where four random people unite in their quest for (what else?) revenge.

Don’t forget about Metal Gear Rising: Revengeance. There’ so much revenge that they have to make up new words for it! 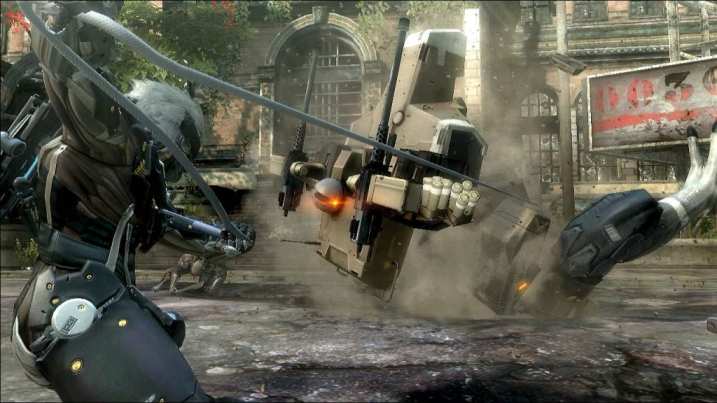 Last year’s L.A. Noire impressed many with its exceptional  facial animation, and it seems like the trend for more realistic looking characters will continue. The PlayStation 3’s Beyond: Two Souls, the new title from Heavy Rain’s David Cage, leads the pack with some absolutely stunning faces that are able to emote and act as well as any real person.

Even franchises which aren’t normally renowned for this kind of technology have stepped up their game, notably seen in trailers for Far Cry 3 and Call of Duty: Black Ops 2. Man, I remember when the character’s mouths didn’t even move.