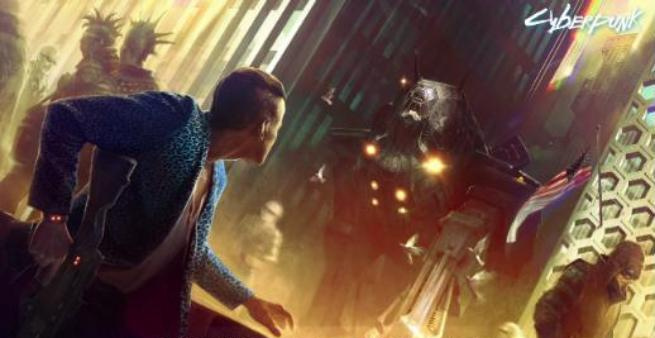 CD Projekt RED co-founder Marcin Iwinski is proud of the work his small team has done — and he has every right to be.

The Polish video game developer’s first two titles, The Witcher and The Witcher 2: Assassins of Kings, are both critical successes, with Metacritic scores of 81 and 88, respectively. Since launch, The Witcher 2 has sold more than 1.7 million copies on both PC and Xbox 360. Polish Prime Minister Donald Tusk even gifted a copy of the collector’s edition to visiting President Barack Obama last year. 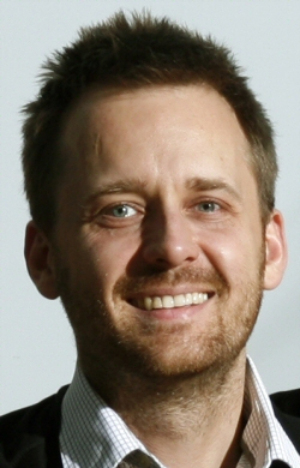 Now, the studio hopes to top all of that with Cyberpunk, a role-playing game based on the classic pen-and-paper system created by renowned game designer Mike Pondsmith. We recently sat down with Iwinski (pictured) and CD Projekt RED’s head of marketing, Michal Platkow-Gilewski, at this year’s Electronic Entertainment Expo to talk about the new project.

GamesBeat: I watched your press conference last week, and I saw the announcement for Cyberpunk, which I think is pretty exciting. Why did you decide to do that property for your next game?

Marcin Iwinski: After The Witcher 2, we were looking for a great setting for a role-playing game. We were discussing internally what we would be excited to work on. So initially we thought, “OK, let’s take a look [at the cyberpunk genre].” We like the setting. We’re fans of the literature, obviously. The movies as well.

I think it’s a perfect setting for a game, not only a RPG. The sky’s the limit…all the technology, all the modifications, and the questions. You know, how humans will behave and all that. I think this is a super interesting setting. Of course, as we have already the medieval, mature fantasy world of The Witcher, we just wanted to do something different.

GamesBeat: Cyberpunk is pretty much the complete opposite of The Witcher.

Iwinski: Yeah, and I think that’s really what a lot of people on the team are excited about. We want to have a world on which we can base the game, a great setting. You can go on and invent it — write a story, describe the world, pretty much what a lot of people are doing in the industry — but why do that if you have something really great that you can use?

GamesBeat: How difficult is it to translate over 5,000 pages of pen-and-paper mechanics into a video game?

Iwinski: Well, you’re not talking about translating the 5,000 pages. It’s more taking from it and building on it something that will feel good in the medium of computer games.

Michal Platkow-Gilewski: Using that in a wise way. 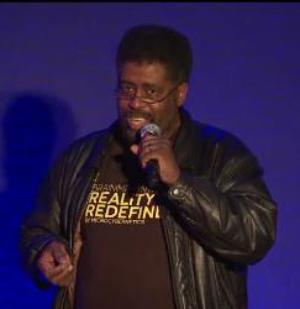 Iwinski: We are not recreating what Mike Pondsmith (pictured) did. We are making a game based on that, so we’ll do some new things, and we’ll probably change some things. Of course, it’s great that Mike understands computer games. He was a game designer and still is, including computer games, so we are consulting on a medium-high level with him on certain design decisions.

Iwinski: We were talking for the last several months, and it’s great. I think he’s open to ideas. We were talking about a certain difficulty, for example, in the gameplay side. He totally digs it, and he’s like, “Yeah, OK guys, maybe you should do this and that.” So, it’s a great benefit to work with a person that’s experienced in computer games.

GamesBeat: During the press conference, you said you wanted to create “an outstanding new standard in the futuristic RPG genre.” That’s a pretty lofty ambition. How are you guys going to accomplish that?

Iwinski: I think we’ve created some new standards in terms of storytelling in the RPG genre, in terms of having no compromise in the way the story is being told, how we shape the world, how believable the characters are, how similar it is to what we see around us. We are really looking at totally new ideas on telling a story and involving the gamer in it. I think we’re looking at what the critics were saying and what the fans were saying. I think we’ve delivered something totally new.

Second, we don’t see any reason why RPGs should look worse than shooters. They should actually look better. The story’s always the thing, because that’s the thing which keeps you playing, but these days — and especially in the next generation when you have the new consoles, when you have the new HDTVs — you’re going to want bells and whistles on the graphical side, and we want to deliver on that as well.

GamesBeat: How has your experience with The Witcher series helped you in making this game?

Iwinski: I think both The Witcher 1 and The Witcher 2 really were the fields where we learned how to tell a great story. We’ll be taking all these lessons learned to build an even more gripping, non-linear experience in the same fashion, so no distinction between good and evil, no easy moral choices. We are making a game for a mature audience, and we are very vocal about it. I think it’s very important, so we are treating our game right, and we are not insulting your intelligence.

GamesBeat: Is Cyberpunk going to be a PC exclusive when it first releases?

Iwinski: No, no. We are looking at Macs as well. Definitely. We come from a PC country, we are PC experts, but we wouldn’t like to limit the experience and the audience.

GamesBeat: I know you probably can’t tell me yet, but do you have any idea when Cyberpunk will be released?

GamesBeat: Is there anything you can tell me right now about its storyline and setting?

Iwinski: No. It’s way too early, but in the second half of the year we’ll be talking more.

Platkow-Gilewski: We can tell you today that it will be great.

Iwinski: [laughs] OK, that was a good one.

GamesBeat: I can quote you on that.