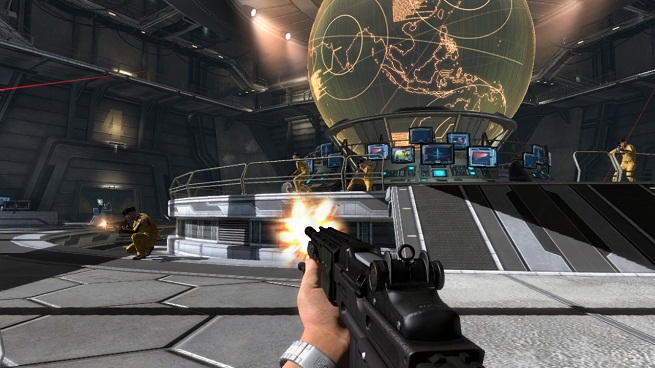 Believe it or not, Activision’s Electronic Entertainment Expo (E3) offerings this year didn’t solely hinge upon first-person shooter (FPS) Call of Duty: Black Ops II’s bombastic bomb-fests. As much as the publishing giant enjoyed blasting developer Treyarch’s latest excess of grandiosity across quite possibly the largest collection of pixels ever, other titles clamored for attention. Count Eurocom’s 007 Legends among the latter’s hopeful throng.

Releasing this fall for the PC, PlayStation 3, and Xbox 360, Legends gives a nod to the James Bond film franchise’s 50th anniversary of fast cars, custom martinis, dangerous damsels, and one of the most recognizable musical hooks in existence. Eurocom eschewed the trend of mono-plot settings earlier Bond games adopted — adaptions of GoldenEye, Quantum of Solace, and From Russia with Love spring to mind — for a six-sided tribute to five classic Bond films and the upcoming Daniel Craig blockbuster Skyfall. 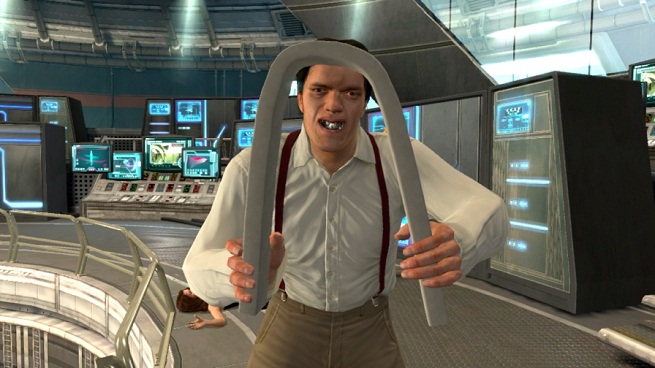 Let’s clarify. The super-spy’s physical presence is certainly front-and-center for the entirety of the game. Your viewpoint sits squarely within Bond’s set of eyeballs. You’re hefting Bond’s go-to Walther PPK pistol. Drax’s complex mirrors its 33-year-old counterpart. After watching Eurocom’s walkthrough, though, I realized none of the above sufficiently imparted Bond’s iconic personality. And that’s a crucial checkmark for success these days.

Sure, bullets, explosions, and monologuing villains handily accomplishes a scale of spectacle, but like its namesake, a Bond game needs inventiveness, creativity, and wit. During a short gameplay sequence, 007 encounters recurring nemesis and mobile man-tower Jaws behind a control room door. It’s a worthy matchup, but Legends dispenses with any lead-up whatsoever. The player steps through a doorway, and out pops Jaws with nary a snark from Bond. Even more alarmingly, Bond combats Jaws in practically complete silence, punctuated occasionally by the loud clangs issued from the piece of steel railing used as a makeshift club.

That isn’t the Bond I know.

Thankfully, Legends has many opportunities for diving saves here. Moonraker represents but one film enshrined within Legends’ homage. Eurocom plans gradual reveals of later film missions leading into the game’s release, and that’s plenty of chances for Bond to re-appear back into the spotlight where he belongs.