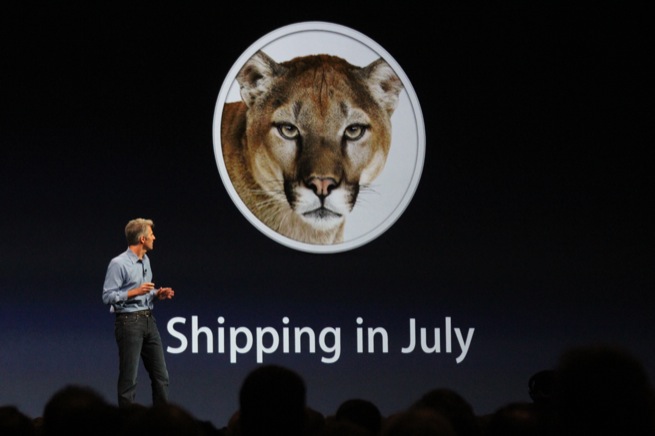 The latest operating system takes great care to integrate communication into the daily workflow of activities people experience while on a Mac. Basically, these tasks are handled by third-party applications, which can either seem overwhelming or inadequate when you get entrenched with work. iMessages has been integrated, allowing you to directly respond to people using what looks like a panel from the right side of the screen (see photo below). You can even respond to text messages using this new functionality.

The other big thing Apple did in this OS is add a Notification center. Apple said in the past, each application had its own way of doing notifications. It would either bake in its own method or use a service like Growl — something the company calls disruptive. The new notification center, by contrast, is consistent and elegant. Banners slide down from the top of the screen. If you ignore them, they’re easily hidden. You can recall them with a two-finger swipe on a touch pad. As for alerts, they stay around until you dismiss them explicitly, but this is something you can switch off if you’re getting overwhelmed. Switching to a projector or display mode will turn the notifications off automatically.

The company touted new integration with iCloud, which is also getting a pleasant update that includes the ability to let your applications update while you sleep, Mac to Apple TV seamless Airplay screen sharing, and way more.

Apple is offering current users with OS X Lion installed a super low price of $20 to upgrade to Mountain Lion. The new OS will “ship” in July.

We’ve outlined some of the other features mentioned during the event below:

This post is developing. Please refresh the page for the latest updates. 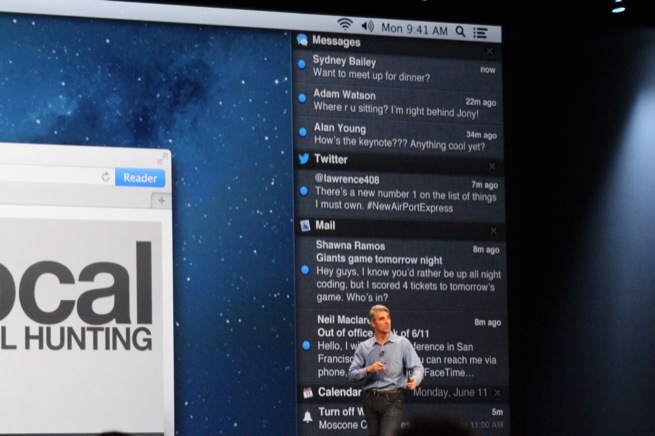