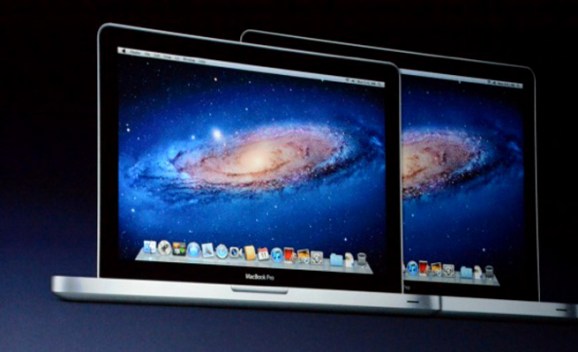 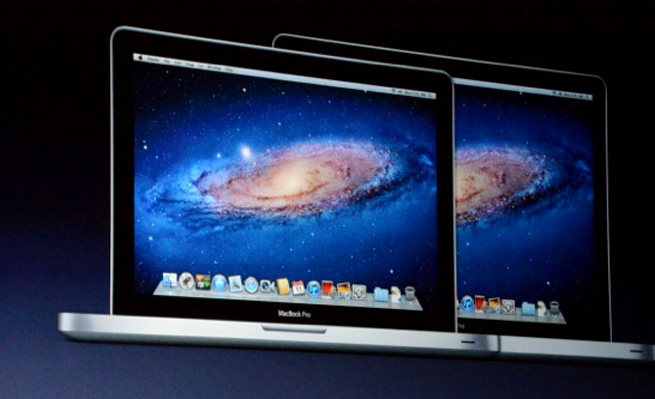 Apple has announced a moderate update to its MacBook Pro lineup, and while these refreshed laptops won’t be as pretty as the new MacBook Pro with Retina display, they will be way more affordable. Apple announced the new machines at the WWDC 2012 conference.

The MacBook Pros will include third-gen Intel Ivy Bridge processors that can be turbo-boosted up to 3.7GHz. Graphics will be up to 60 percent faster. The machines will include a USB 3.0 slot as well, which is up to 10 times faster than USB 2.0.

Here are the specs and prices on the 13-inch MacBook Pro: 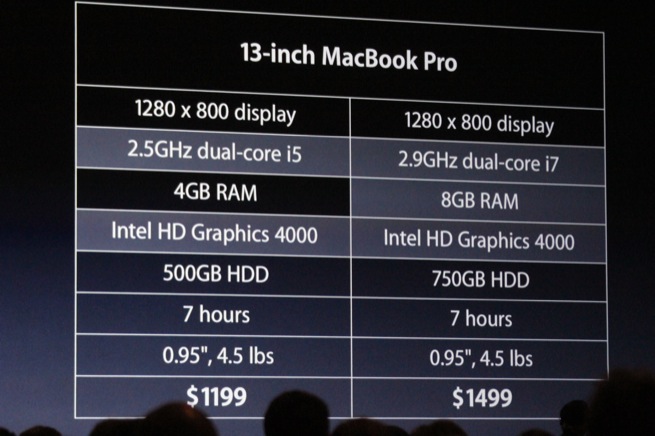 Here are the specs and prices on the 15-inch models: 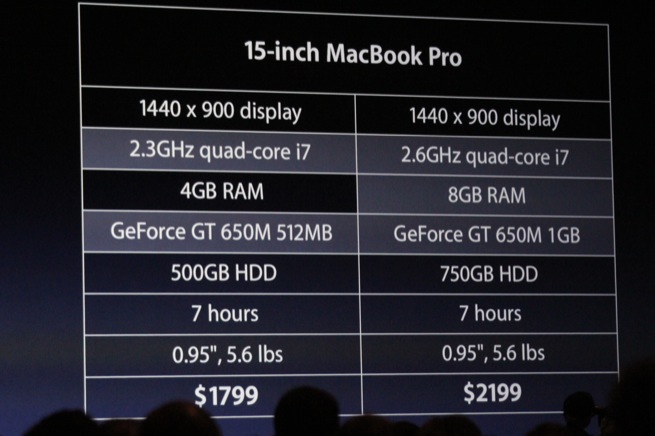