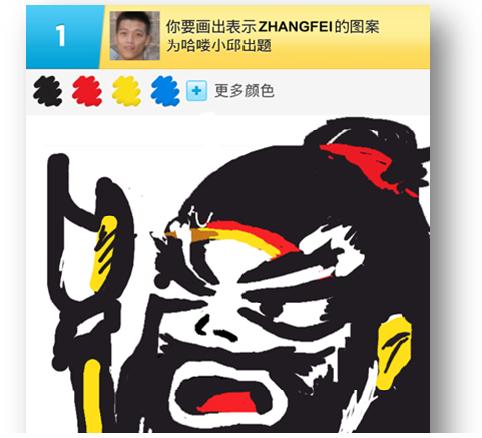 Musical artists Enrique Iglesias and Jennifer Lopez will team up with Zynga as the company promotes 12 new languages coming to the hit mobile game Draw Something.

The effort shows that the social game company is willing to bring out the big stars to support the growth of Draw Something, which Zynga acquired when it bought OMGPOP in March for $210 million.

Users can now play in French, Italian, German, Spanish, Brazilian Portuguese, Norwegian, Swedish, Dutch, Danish, Simplified and Traditional Chinese, Korean, and Japanese. During the seven-day promotion, Iglesias and Lopez will choose a new word of the day under the newly added Special Words feature in Draw Something. Players can access their choices under the “JLo Enrique” option.

“Draw Something has only been available to players in English since its launch and became a cultural phenomenon around the globe,” David Ko, chief mobile officer for Zynga said in a statement. “We are excited to be able to give back to our players around the world by offering an experience that is more locally relevant to them.”

This isn’t the first time Iglesias has partnered with Zynga. Last September he offered his likeness for an interactive avatar in CityVille. Zynga has a history with partnering with celebrities, and previously worked with Lady Gaga and Martha Stewart.

“With native pop culture references and our partnership with global superstars such as Enrique Iglesias and Jennifer Lopez, the game will be even more fun for players. How do you draw ‘caliente?’ We’ll soon find out,” Said Ko.

Beyond expanding the number of supported languages in Draw Something, Zynga also revealed that Chinese gamers can use Sina Weibo, or a Chinese microblogging service, to play the game.