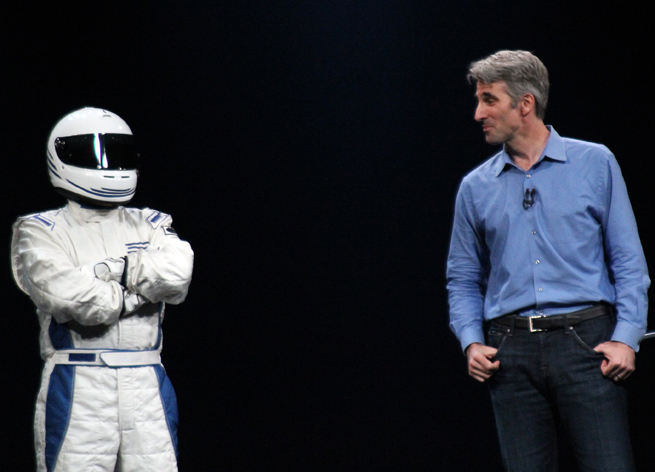 One product that Apple does exceptionally well is the press conference. This week’s Worldwide Developers Conference was no exception, with a two-hour presentation that, while on the long side, was perfectly orchestrated, beautifully presented, and full of real news.

It’s that last item that, for some reason, many companies overlook.

Sure, it’s easy to focus on the razzle-dazzle, and when Steve Jobs was alive, his curiously mesmerizing personality was one of the main reasons Apple keynotes were so thrilling. Also, there’s no doubt that Jobs’ persnickety nature contributed much to Apple’s press event skills: He was famously obsessive about getting every detail of an event just right.

But now that Apple is led by a series of corporate wonks who have about as much collective charisma as an IRS audit team, do its presentations still have the same magic? The answer: Yes, pretty much so. The crowd still oohs and aahs over every new detail. They cheer wildly for Retina displays and — go figure — Apple’s homegrown maps application. They laugh at Siri’s lame jokes, and they chuckle at Apple’s worldwide marketing head, Phil Schiller, too.

The only conclusion I can draw is that Apple just knows how to do a press conference.

Many other companies don’t. That’s too bad, because press conferences are one of the most efficient ways for delivering news to a large public.

The biggest mistake many companies make is in leaking the news before the press event. Sometimes these leaks are unavoidable failures of corporate secrecy, as when some third-rate Chinese manufacturer of plastic iPhone cases puts a new product on its web catalog, inadvertently revealing the dimensions and a few trivial details of the next Apple product. Or, more seriously, when some retail partner accidentally posts a product description to its e-commerce site. These mistakes happen, even with Apple, and they diminish the impact of the press conference. But they’re not the most frequent type of leak.

More often “leaks” are deliberately given to select members of the press. Sometimes those select journalists get early access to a product and the executive team, so they can publish full-blown interviews and product reviews at the very moment the press conference begins.

The problem with that strategy is that, as soon as those interviews and reviews appear, nothing that happens at the press conference is news any longer. It’s all been published somewhere else, making it dated.

As a result, everyone who bothered to come to the press conference is sitting there, staring at their competitors’ websites instead of paying attention to what’s happening onstage. This engenders resentment among everyone else in the press corps, sure. But it also diminishes the impact of the news, because most publications aren’t going to devote as much effort to covering stories if they don’t have a shot at publishing them while they’re still relevant. That means your “news” reaches a smaller public than it would if you just dropped a huge pile of new stuff, Apple-style, on everyone at once.

Another mistake many companies make is in demonstrating products that aren’t ready for prime time. I think the public understands that demos are imperfect and that things often go wrong at the worst possible time. The trouble is when your product is so half-baked that you can barely get it to run. That does nothing but generate skepticism and mockery, instead of good press, for the tech product you’ve worked so hard on.

A final bit of advice: If you’re going to have a press conference, make sure there’s ample Wi-Fi and that there are power outlets. Apple can get away with putting all of the press into a dark room without either of those necessities. You probably can’t. Inviting a blogger to cover your event and then cutting her off from the internet is like asking someone to help you move into a new apartment and then not telling them the address. What’s the point?

Press conferences went through a period of unpopularity for awhile, with most tech companies preferring to make their announcements through a careful series of embargoed pre-briefings and over the news wires. Now they seem to be making a comeback. Unfortunately, many recent press conferences (including some recent, high-profile launches) have been poorly organized and poorly handled. It’s time for tech companies to get their acts together again.

Please join me for an upcoming conversation with Fab.com cofounder Jason Goldberg. VentureBeat and the Commonwealth Club/Inforum are co-sponsoring this event in San Francisco on Thursday evening, June 14. Pando Daily founder Sarah Lacy will be the interviewer. For tickets and more information, visit: http://bit.ly/FABinforum. I hope to see you there!