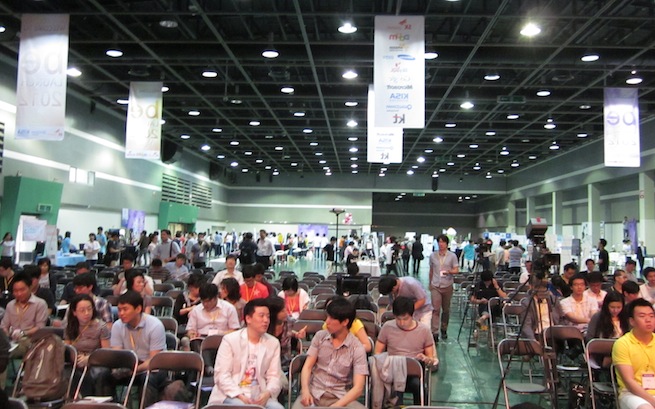 In Silicon Valley, people fail. And they fail often. But one of the elements of Silicon Valley that makes it such a petri dish for startups is its tolerance for failure. In Korea, however, failure is still a taboo.

“In Korea failure in startups is a kind of stigma, and I think that will cause a lot of difficulties,” said Hankyung journalist Won Ki Lim at the beLAUNCH conference in Seoul, Korea today. “Most of the ventures will fail, but on the flip side, with that failure… this stigma attached to failure will go away gradually.”

Failure is a key part of learning, according to many in Silicon Valley. A number of entrepreneurs look to their failures as part of the reason they succeeded. Indeed, companies like Instagram, which was recently sold to Facebook for $1 billion, began out of a failed mobile app called Burbn. It seems, however, that Korea still looks cautiously at failure, and many venture capitalists look toward proven successes to award funding — the financial lifeblood Silicon Valley startups depend on.

Indeed, angel investing is on the smaller side with about 30 percent of Korea’s venture capital deals going toward early stage companies. There is an emphasis on proving your company’s worth before money is awarded, which Go Venture Forum’s Youngha Go sees as a block in the growth of the Korean startup community.

“The balance is not made between the angel capitalists and the middle-sized funders,” Go said, referencing the low percentage of seed investing, versus the 70 percent that makes up middle and late stage investments. “It shows we are still lagging behind in angel investment. We need to increase the size of angel investors.”

Go suggested that the Korean government should get involved and award funding to startups, as opposed to awarding welfare to jobless youngsters.

“Given that we have a serious jobless problem among our youth, rather than just giving the welfare to the young generation, supporting startups would be very good for younger generations,” he said. “Startup funds given by the government would make more jobs. The thing is, when the government fails to identify the right startup, the money can be wasted.”

Disclaimer: The beLAUNCH conference covered the costs for my airfare and hotel stay during the event. This does not, however, affect my coverage which remains objective.