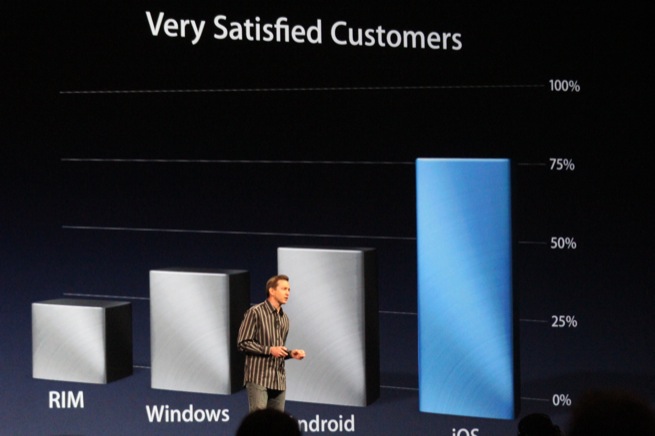 Apple made many announcements at the Worldwide Developers Conference yesterday: new MacBooks, a MacBook Pro with a Retina display, and a host of new features in OS X Mountain Lion and iOS 6.

But what do these changes mean for the rest of the tech world? Here’s my tally sheet of likely winners and losers.

Disclosure: I’m long on Microsoft, and my longtime boss (at AOL and Microsoft) now works at TeleNav. (You can see a longer list of my disclosures in my author bio.)

Apple: Well, duh. It showed the advantages of owning the whole stack vs. offering software to run on other people’s hardware. Its leverage over carriers allows it to do things (like Passbook) that Google can’t effectively do.

Retailers, airlines, etc.: They primarily care about speed of transaction. Having tickets, coupons, and confirmations in the iOS Passbook, along with its geo-enabled features, should speed things up for them and their customers.

OpenTable: Tight integration should drive more bookings, which is how OpenTable makes some of its revenue.

Adobe: The new Retina display on the MacBook Pro should drive upgrade purchases of Photoshop, once the Retina-capable version comes out.

TomTom: Apple is licensing much of the navigation and mapping data from TomTom.

Google: After watching the keynote, my first reaction was that the whole thing was a big “screw you” to Google. Siri competes with search, iOS competes with Android, Apple’s new Maps application replaces Google Maps, Safari competes with Chrome, iCloud competes with Docs … the list goes on. In addition, Apple now offers its own tight multi-platform integration of contacts and calendar data, lets you recover lost data on searches, open tabs across different devices, and more.

TeleNav: This company provides the AT&T Navigator software on the iPhone. AT&T charges $10/month for this. It always puzzled me why anyone would pay that much money; Apple’s built-in driving directions should kill off any remnants of that user base.

AT&T: It will lose out on that $10/month revenue stream.

ISIS: The carrier-backed payments system has long struggled to get off the ground. (All U.S. carriers but Sprint supported it.) But it was always clear to me that Apple wouldn’t go along with ISIS. Passbook kills what little hope there was for ISIS.

All carriers: Apple owns the experience and will do what consumers want and carriers will just have to accept it. Fortunately, they can console themselves with increased data demand (see above).

PayPal/Square: One of the key facts popped up early in the keynote, separate from Passbook. Apple said it has 400 million users with credit cards on file. By contrast, PayPal has announced it has 100 million accounts.

PC manufacturers: Getting people to buy high-end PC notebooks when there is the new MacBook Pro will be a challenge. Additionally, the new MacBook Air models and their lower prices should hurt the UltraBook lines.

Nokia: Nokia owns TomTom competitor Navteq. Oh, and it also has some third-tier OS it is trying to push for mobile devices.

Ford: Ford has long been a leader in telematics. (Disclosure: I worked on Ford integrations when I was at Microsoft.) The announced integrations with Siri take away a key competitive advantage.

Facebook and Twitter: Tight integration with the OS is great, but if I’m not using their apps, that’s fewer opportunities for them to deliver advertising to me. In other words, iOS and OS X will drive usage but may hurt monetization.

Yelp: Same story. Unless Yelp is getting data licensing fees, this could be a loss for it. On the other hand, it only had 5 million unique mobile users, so maybe it’s a positive.

This post was originally published, in a slightly different form, on Quora.