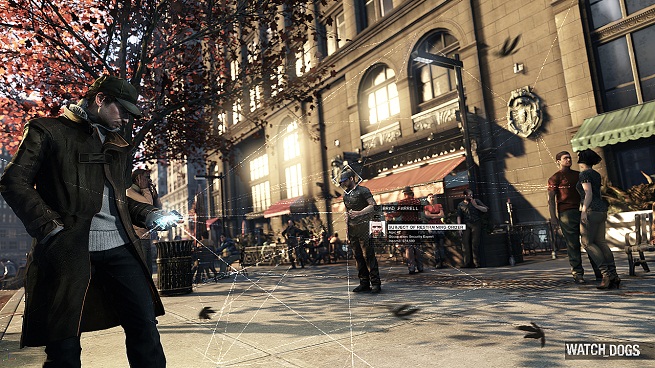 Your secret’s out, and it’s a weapon used against you.

Ever since Ubisoft’s open-world techno-thriller Watch Dogs floored attendees at this year’s Electronic Entertainment Expo (E3), websites, Twitter feeds, cameras, and microphones gorged themselves on protagonist Aiden Pearce’s unscrupulous mastery over a grittier Chicago’s webwork of information hubs and electronic devices. It paints a bleakly exposed world where, as the politically charged debut trailer ominously intones, “you are no longer an individual.”

But like everyone else in this interconnected dystopia, Aiden’s actions occur under constant surveillance. Our first impressions touched upon possible cooperative play accompanying Aiden’s vigilantism, with players downloading missions from the network in an online environment. During Ubisoft’s more in-depth demo of the game, we quickly learned rivalries form just as quickly as convenient alliances, thanks to Watch Dogs’ elaborate cross-platform mobile app.

Although Ubisoft refrained on details about supported devices and a release schedule, its unveiling of the app brushed upon one of the most intricately intertwined cross-platform mechanics we’ve seen. 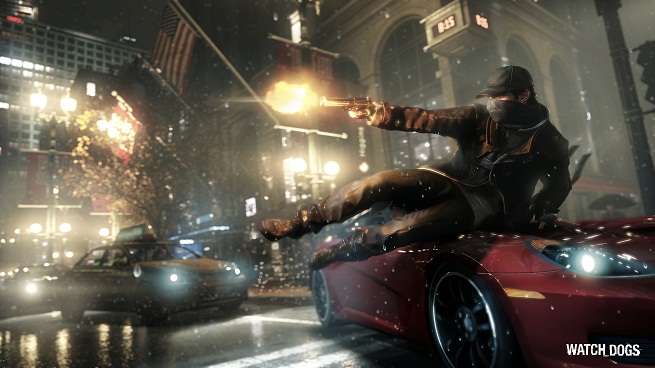 Aiden’s unrestrained access to Chicago’s info-troves extends into your fingertips, as players can hack, access, and track people and systems of interest in real-time within a constantly updating map of the city. Landmarks and critical mission areas can be scoped in preparation of any groundwork, enabling a liberating degree of contingency within an already emergent world. Hacked financial data such as credit card numbers and bank accounts plug into the app for fast cash when needed, and any new information gleaned on one platform transfers seamlessly to the other.

Not Orwellian enough for you? Dig this: App tracking includes second-by-second updates of your friends’ progress within Watch Dogs…and you can hack everything they see within their game.

Consider our minds blown. The possibilities of mischievous multiplayer meddling are almost endless, and coupling total control over all things digital with a flair for sabotage has already hatched more than a few nefarious schemes among our staffers. As a refresher, check out some of the tools at your disposal for hindering friends at the touch of a button. 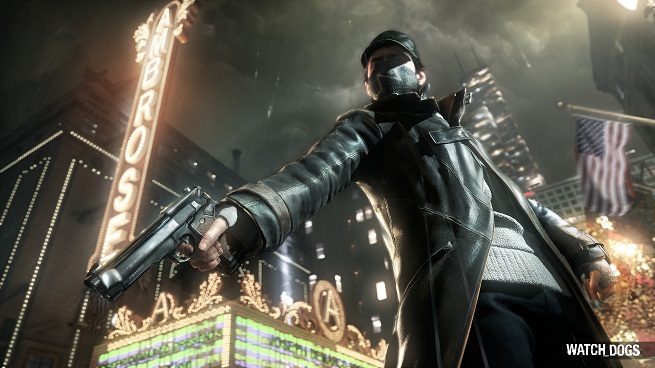 Traffic lights: Aiden’s graceful creation of a 12-car wreck within a rain-slick intersection involved jumbling the signal patterns of nearby traffic lights during a carefully timed opportunity for catching acquitted criminal Joseph Demarco. It’s safe to say playing red-light-green-light with the evening commute will become a favored toy in everyone’s bag of tricks, but think of the adversarial elements as well – what could be a more perfect roadblock to your buddy’s speedy getaway from the inevitable police response than the impromptu sandtrap of a colossal fender-bender?

Security cameras: Sure, the app’s bird’s-eye view of your friends’ struggles elicits plenty of cackling laughter and steepled fingers, but when that personal touch is needed for the calling-card finale of your latest ambush, Watch Dogs’ legions of security cameras await your command. Not only do cameras give enhanced looks at the whereabouts of impending victims, their digital-grade visual quality ensures your friends’ expressions of horror are captured with crystal clarity. Remind me to shoot every camera I see like a paranoid wretch once I start playing.

Bridges: Hightailing it out of the neighborhood in style invariably involves the many bridges dotting the Chicago River. Of course, your friend’s dream of pulling off the perfect aerial stunt over a raising bridge kind of hits a wall after you’ve already fully raised it long before. No, really, we mean literally hit a wall.

Public transport: Chancing the metro? Too bad – in Watch Dogs’ connected world, even rails fall under the digital sway, and normally effective trains turn into cylindrical deathtraps. Mix things up by cutting the juice to your friend’s ride right in the middle of a pitch-black subway tunnel. And don’t worry; those screams of claustrophobia won’t scar the mind too much. That’s why therapy exists.