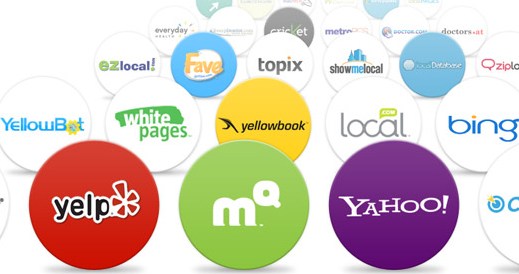 New York City-based Yext, which offers a simple way to control your business data across local search publishers, announced today it has landed an additional $27 million in a fifth round of funding.

Yext says it will use the funding to expand its platform to more publishers. The company now distributes information for over 50,000 businesses on more than 50 sites. The latest round was led by Marker, a new fund by Crescent Point Capital founder Rick Scanlon.

“We think global discovery is going to be fragmented, which ultimately benefits users,” Yext CEO and co-founder Howard Lerman told VentureBeat in an interview Tuesday.

The company initially started out as a phone transcription service, and later offered a featured Yext Rep to help business owners monitor their listings on local business sites. Eventually, that evolved into PowerListings, which is now the core of Yext’s business.

PowerListings’ ability to keep your data in sync across multiple services is a “pretty sophisticated technical challenge,” Lerman said, and he notes that Yext is the only company that offers a direct connection to listings stored by its partner publishers. The company is using a patent-pending architecture, dubbed Dual-Sync, that allows it to push updates to publishers and have them respond right away.

Yext says it has powered more than 950,000 location updates since September. The company connects to popular local business sites like Yelp, Mapquest, Yahoo, and plenty of others.

For merchants, the benefits of Yext are obvious. It’s becoming increasingly important to make sure your business is searchable with accurate information on the web, and it’s a major pain to update your information across several sites manually. Yext claims that 6 percent of businesses change their listings every month, and 20 percent of local searchers by consumers return wrong information. (The hidden message: don’t let that be you.)

With today’s funding, Yext has raised more than $65 million so far, and its valuation is around $270 million, TechCrunch reports. Michael Arrington’s CrunchFund also participated in the round, along with previous investors Sutter Hill Ventures, Institutional Venture Partners (IVP), and WGI Group.