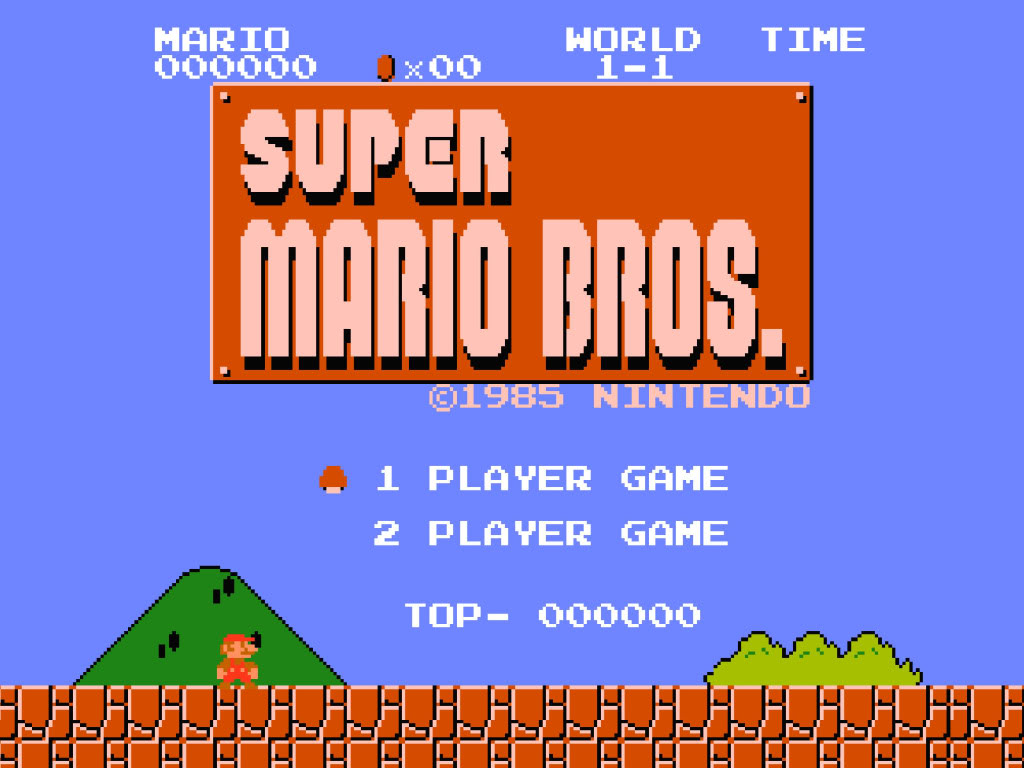 When I was growing up, my cousin — four years my senior — experienced some pretty horrendous sunburn. It was so bad that he was hospitalized. I can’t remember exactly how old I was at the time, but I am pretty certain neither of us had any idea what the hell a hole in the ozone layer was, so I can’t blame him. In fact, I thank him. The fact that he was hospitalized introduced me, for the first time, to video games.

It’s kind of horrible to think I was introduced to video games at the expense of my cousin’s health, but that’s exactly what happened. In that hospital room, at the end of my cousin’s bed, was a Nintendo Entertainment System. Inside it, of course, was Super Mario Bros.

My cousin, who’d been playing all day, threw the controller at me playfully with little regard for the finer electronics. A sign of the times I guess. The NES control is a pretty simple device: four buttons [select, start, a and b] and four directions. I look at my cousin and he’s talking to his mother, so I decide that 1-player game is the way to go. But how? I look down at the controller and there’s the START button. Even as a five-year-old, I know that START means go. I press the button and the game goes to a black screen telling me what world I am in and how many lives I have. That’s it. There is no lesson, no how-to-play, and no recipe for success.

I have everything I need, though, in the sweaty, grubby palms of my juvenile hands. I quickly work out that pressing right on the D-Pad sends this mustard-yellow-and-red square man to the right. I work out how to jump and how to speed up.

I quickly work out that hitting the mushroom-shaped things causes me to lose a life. I quickly work out that mushrooms that come out of question-mark boxes make my character grow larger, meaning I can get hit twice before I lose a life. I learn rapidly, with no help. In the twenty minutes or so that I get to spend with the game on that day, I learned everything I need to know to progress. Eventually, I make it to the castle at the end of the level unscathed.

Fast forward 16 or so years and I have a controller in my hand again. It’s a little more complex. It still has a directional pad, it still has the START and SELECT buttons, but it’s made a few new friends. There’s a couple of toggles, centered and aligned on the bottom, and there’s two triggers on the top.

This is the evolution of the game controller from the NES to the PS3. The controller’s chief function hasn’t changed from the days of the NES…it’s just evolved — the most important aspects of all the controllers that come before it have been preserved and the unnecessary ones have been killed off. It’s a technological survival of the fittest. It’s sleek and fits snug in my hands.

The game in my console has also evolved from the simple 2D sprites that fill Super Mario Bros. to wonderfully lit, fluid 3D character models. Today, I am starting, for the first time, Shadow of the Colossus, an action-adventure platforming epic that got a lot of attention since its release on the Playstation 2.

I press the START button at the title screen like I did all those years ago, and I am greeted with a gorgeous cinematic that begins to explain the purpose behind the game. Once I finally gain control of my character, I run around using the toggle, move the camera to a view I prefer, press triangle to jump, and square to attack. I work it out very quickly. The game prods me, gently, with simple visual aids. Press Triangle to jump. Press Circle to guide you. Perform a dodge roll by doing this. Then the game’s teacher, this invisible guiding hand, disappears forever. The thing that I love about Shadow of the Colossus is that when you come up against one of the colossi, you must solve a problem to progress. The game gives you only subtle hints in the form of a riddle as to how to achieve victory; beyond that, all that you have is a controller, eighteen-odd buttons, and a couple of toggles.

I feel like, somewhere along the way, video games lost that sense of discovery that you got from titles like Super Mario Bros. or Shadow of the Colossus when you first blew the dust out of their cartridges or let the disc spin up in your console. Video games now yank the controller out of your hands before you’ve even selected NEW GAME and hold up a giant finger, swinging it from left to right like a metronome, saying “nuh uh.”

Today, video games don’t let you discover; they throw a thousand different directions at you and tell you exactly what to do. They are the worst type of partner, the one that’s so hand-holdy that you can’t send a text message without getting their index finger in your eye. They are that partner that goes out of their way to make you feel like an idiot…they correct your every mistake and seem to have an answer for every question. Hell, I don’t even know why I am calling them a ‘partner.’ Not many people want to be with someone like that — someone that embarrasses you or makes you feel stupid.

Case in point: Assassin’s Creed: Revelations. I am a pretty big fan of what the guys at Ubisoft did with the second instalment in the franchise — so much so that I collected every collectible and slaughtered thousands of innocent guards. THOUSANDS. If you stacked up the carcasses of all those slaughtered guards, well, that’d be really disgusting and probably smell. Seriously, though, I loved the game. So I played through both of its sequels, Brotherhood, and most recently, Revelations. By the time the credits rolled on Revelations, I really couldn’t take it anymore.

Assassin’s Creed thinks I am stupid. Assassin’s Creed is that hand-holdy partner. Whether you’re performing an assassination for the first time or the thousandth time, the game prompts you to press the X button. Yes, within the options you can turn these notifications off, but the default setting is to have them on, and the game runs tutorials with you so you understand the mechanics. For some of the deeper gameplay elements, this hand-holding makes sense.  Yet for the most part, the alerts are obnoxious and overbearing. 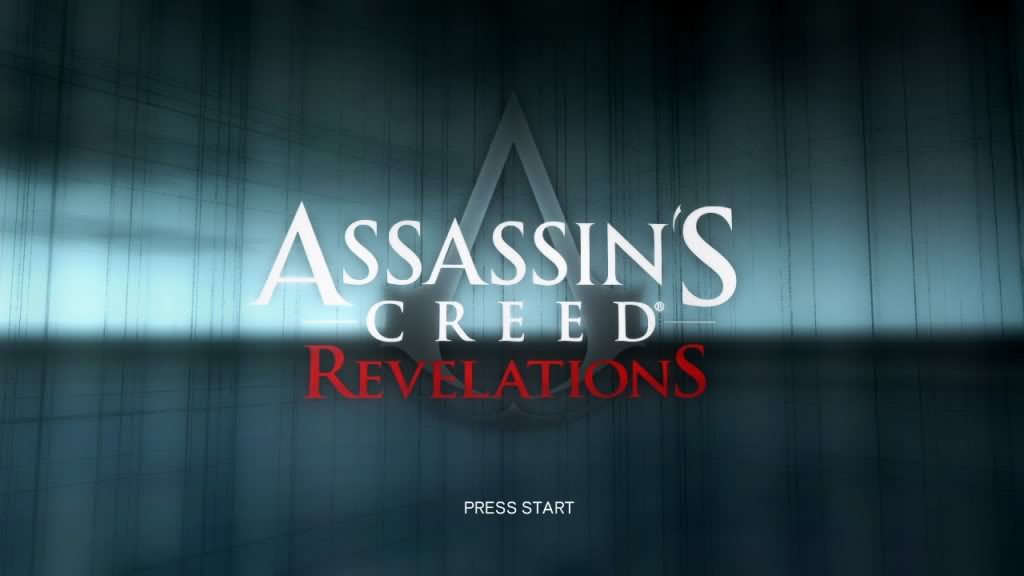 Do video games think I am dumb?

Do video games think that I cannot work out how to perform a certain action without a prompt filling half the screen?

Do video games want to take away that sense of discovery?

Do video games want to take away that feeling I got from Super Mario Bros. and Shadow of the Colossus when I discovered exactly how to walk, how to run, and how to jump or stab?

Or is this simply a way to make it easier for the less-experienced gamers to be able to jump into a new title? If the answer to this question is yes, then do I even have the right to request that this overabundance of tutorials, guides, how-tos, and playthroughs be removed from our minds? Am I allowed to request that we return to a time where we are all infants, discovering the world for the first time, experimenting with controls and the in-game world without a hand pushing us forward at every step? Probably not.

But I am taking that stand now. If your tutorial is slow, boring, and generally makes me feel like you think I am an idiot, your game will be swiftly ejected from my console, returned to its case, and never heard of again.